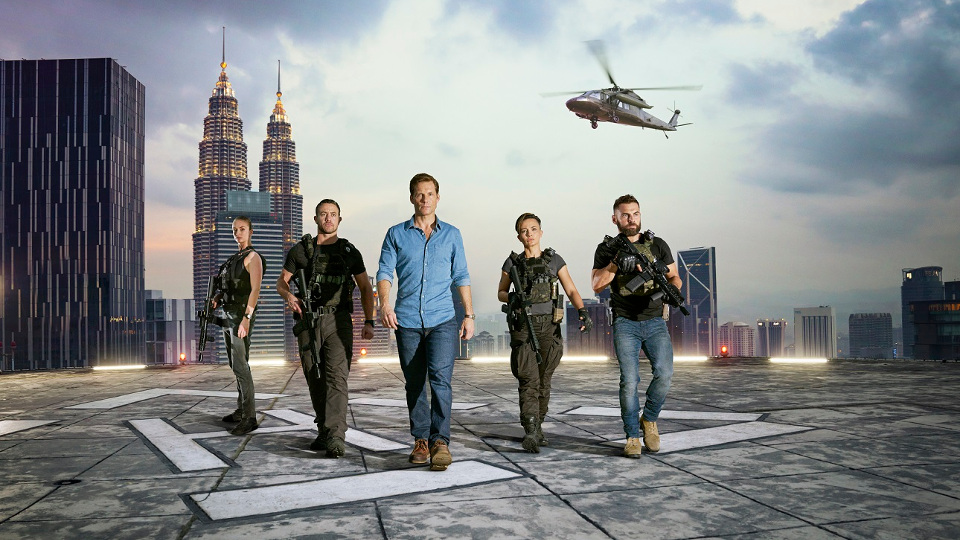 Sky have announced that filming has begun on Strike Back season 7, known as Strike Back: Revolution. The entire 10-part series is set to be filmed on location in Malaysia.

In Strike Back season 7, when a Russian jet crashes in the South China Sea, Section 20 are sent in to investigate. They find themselves both coming into conflict and being forced to work alongside rogue Russian operative Katrina Zarkova. She’s on the trail of the same mystery as them but but her loyalties and goals might not be what they first appear.

With a new Commanding Officer – the veteran Coltrane – they must pursue the stolen contents of the Russian jet across South East Asia. They will work alongside the Malaysian police to shut down a Triad gang in Kuala Lumpur, uncover a corrupt plot by a wealthy Indian businesswoman who is running for Parliament, and plunge into the jungles of the Golden Triangle in Myanmar. All whilst facing off against mercenary drug agents and terrifying warlords, as they uncover a conspiracy that threatens to push the world to the brink of global conflict.

There’s no word yet if Roxanne McKee will be reprising her role as Captain Natalie Reynolds but we’re guessing not. Also no mention if we’ll see Philip Winchester and Sullivan Stapleton back again as Michael Stonebridge and Damien Scott.

To find out more about the upcoming season read our Strike Back: Revolution – everything we know so far about season 7 article.

Strike Back will return to Sky One in early 2019.