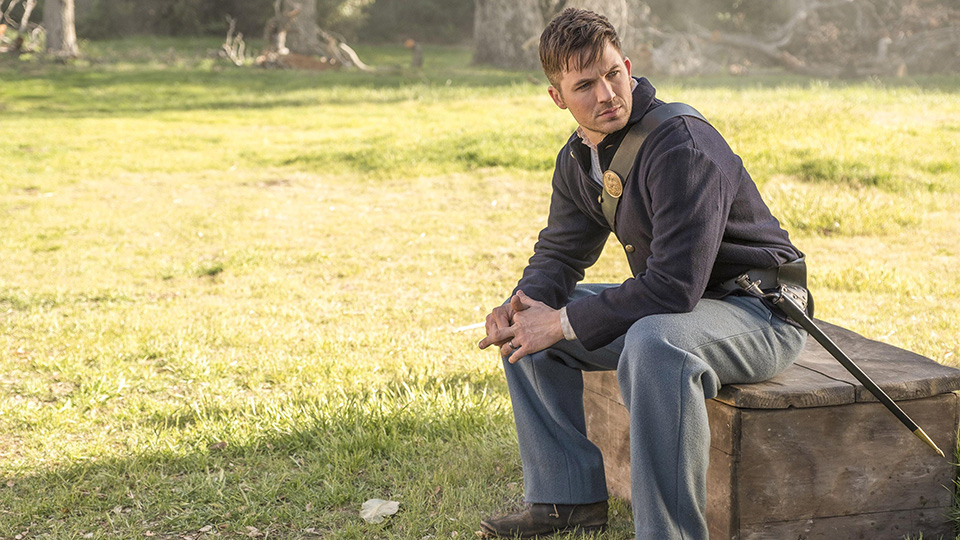 The Lifeboat team travelled back to Washington D.C. on 30th March 1981, the day Ronald Reagan was shot on the latest episode of Timeless.

Wyatt (Matt Lanter) saved an officer from a gunman and it turned out to be a young Agent Christopher (Karen David), who was Rittenhouse’s target. Lucy (Abigail Spencer) and Jiya (Claudia Doumit) tried to convince Agent Christopher not to enter into an arranged marriage and showed her photos of her present day self to encourage her to come out.

As Wyatt and Rufus (Malcolm Barrett) took down the sleeper agent after Agent Christopher, in the present day she realised that she was the target and spent time with her family.

Meanwhile Jiya and Rufus made a pledge that they would stop him from dying following Jiya’s premonition.

Elsewhere Flynn (Goran Višnjić) told Lucy that she handed the journals to him in 2023, and Wyatt found out that his wife was pregnant.

The next episode of the season is The General. The team are sent back to South Carolina in 1863 to help a courageous spy to thwart Rittenhouse’s plan to alter the outcome of the Civil War.