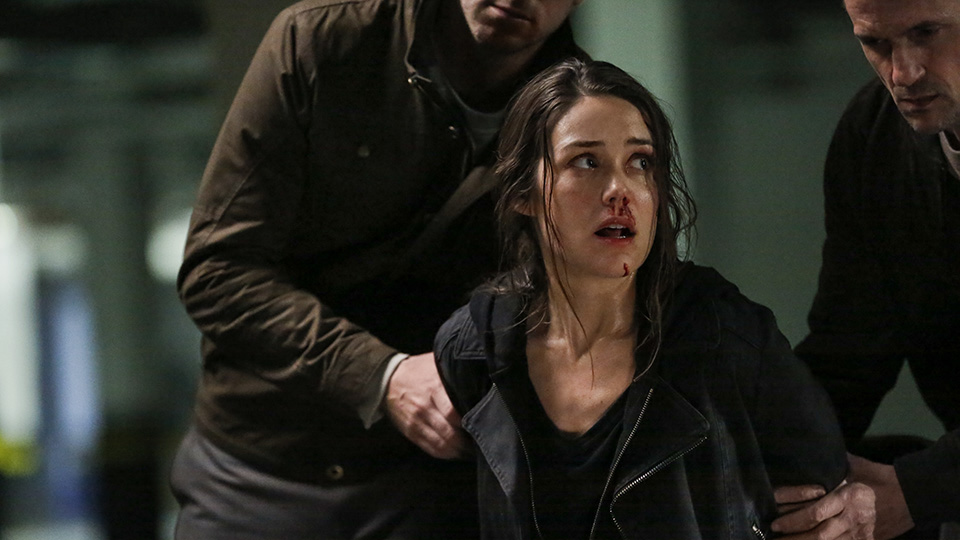 The task force raced against time to save Samar (Mozhan Marno) on the latest episode of The Blacklist.

After being abducted by a killer for hire known as Lawrence Dane Devlin (Pruitt Taylor Vince), Samar almost drowned when the van she had been taken in was submerged in a lake. Aram (Amir Arison) managed to get to her just in time and she was taken to hospital where she lay unconscious, unaware that Aram was planning to propose to her.

Meanwhile Reddington (James Spader) discovered that Ian Garvey (Jonny Coyne) had been meeting with a man named Sutton Ross, who he’d believed to be long dead. He made the discovery when he was led to an underground auction during his search for the duffel bag.

Elsewhere Liz (Megan Boone) told Red that she had been following him and vowed to recover the duffel bag before he did so she could find out his secret.

The season five finale is Sutton Ross. The truth about the bones finally comes out. But first, Liz races Red to find the Blacklister who’s got them.

Tune in to Sky 1 HD at 10pm on Tuesday to see the episode. Preview it with our gallery below: