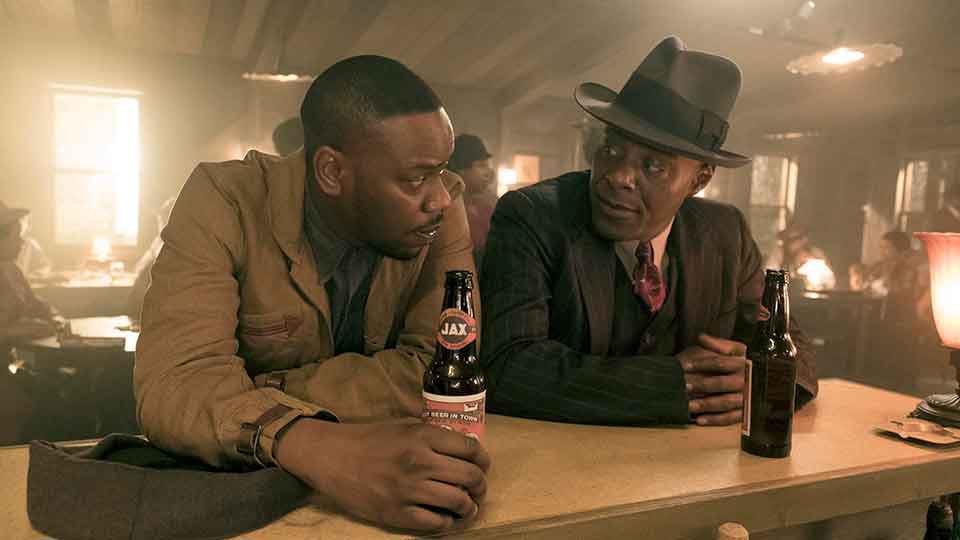 Kennedy escaped from the bunker and hitched a ride with a girl he met and her friends. Realising that he’d somehow time travelled, Kennedy tried to convince his new friends but they didn’t believe him.

After a brief trip to the hospital, where Emma (Annie Wersching) tried to kill him, Kennedy moved on to a house party where he learned of his fate and that of all of his family members. The Lifeboat team tracked Kennedy down and convinced him to return to his own time.

Meanwhile Lucy (Abigail Spencer) struggled with Jessica (Tonya Glanz) being part of the team. Things became even more awkward when Jessica realised that something had happened between Wyatt and Lucy, and she announced she was leaving. Lucy talked her out of it by telling her of all the things Wyatt had done to prevent her death.

Elsewhere Flynn returned to the present day and Agent Christopher (Sakina Jaffrey) was kidnapped by Carol (Susanna Thompson) and tortured until she promised to keep Lucy away from the Lifeboat missions.

The next episode of the season is The King of the Delta Blues. Connor Mason takes his first trip in the Lifeboat as the team visit Depression-era Texas to save the legacy of a blues legend.

Tune in to E4 at 10pm tonight to see the episode. Preview it with our gallery below: