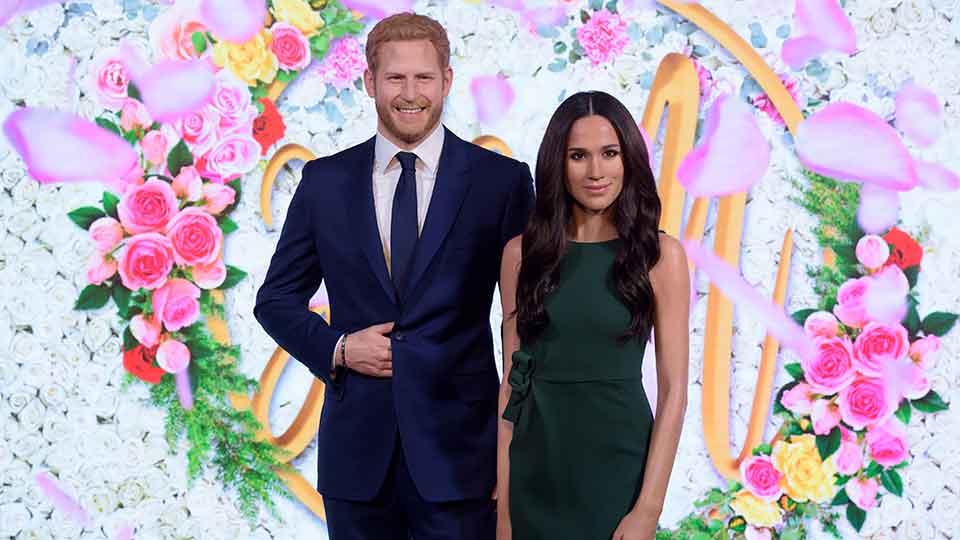 The Royal Wedding is almost here and in celebration Madame Tussauds London has unveiled its figure of Meghan Markle.

Standing alongside Prince Harry, Meghan is wearing her famous engagement outfit. The figure wears the sold-out green P.A.R.O.S.H. dress and a replica of the engagement ring designed by Harry himself. Harry’s figure, originally created to mark his 30th birthday in 2014, has been updated with a beard and he too wears his engagement outfit.

The figures will feature in the attraction in front of a 15 foot wide video wall that will allow guests to choose how they would like to hang out with the much-loved couple. Fans can choose a range of backdrops and props to capture their moment with the Royal couple.

On the eve of the Royal Wedding (Friday 18th May), fans can party with the Royal couple at an exclusive hen and stag themed event before the figures officially arrive.

Tickets are on sale for an exclusive over-18s hen and stag do from 7.30pm on Friday 18th May, complete with a bar and live DJ.

On the day of the Royal Wedding (Saturday 19th May), Madame Tussauds will be streaming live coverage of the event to visitors as the figures make their official debut. The attraction will also be offering free entry to guests named Meghan or Harry for one day only.

Edward Fuller, General Manager at Madame Tussauds London, said: “Excitement ahead of the royal wedding is reaching fever pitch and we have been inundated with questions about when people can finally meet ‘Their Royal Likenesses’. There is a lot of love out there for Meghan and Harry and we’re following their lead by inviting the great British public to join the couple in their wedding celebrations here at Madame Tussauds London.”