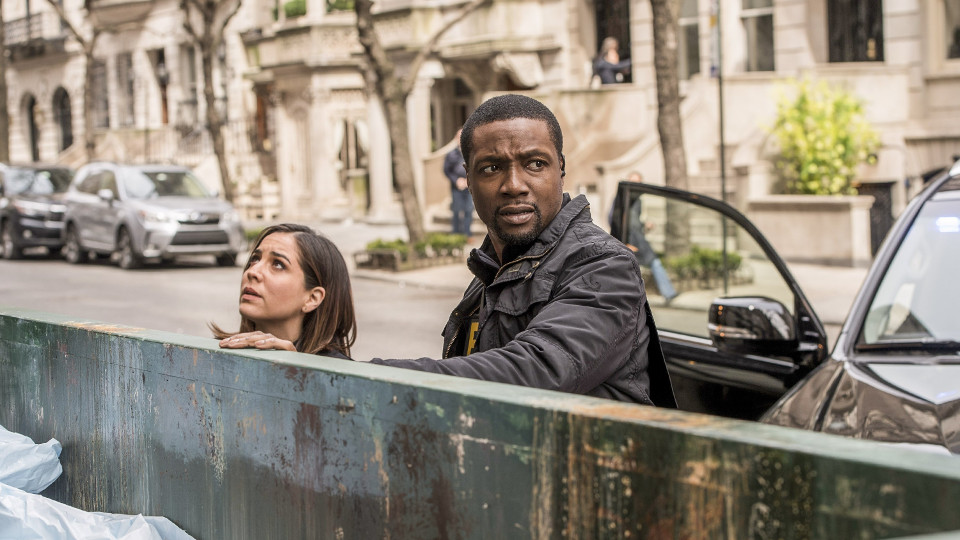 On the previous episode of Blindspot, the team tried to track down a contract killer who worked for Crawford (David Morse).

The episode saw Roman (Luke Mitchell) struggling with his past trauma. It appears to be getting worse and he started seeing visions of his sister Jane (Jaimie Alexander) and a different version of himself.

The body of Avery’s father turned up and pointed the team at a contract killer called Charon. The team eventually tracked him down but Jane (Jaime Alexander) had to kill him to save herself.

Elsewhere in the episode, Megan (Reshma Shetty) called off the wedding with Reade (Rob Brown) after discovering Zapata (Audrey Esparza) had feelings for him.

Some of Crawford’s plan to attack New York landmarks was also revealed.

The promo for the next episode says that although there are only two episodes left, the biggest twists are yet to come. It looks like Roman is leading some kind of assault team and Jane is torn about what to do about her brother.

Watch the Blindspot 3×21 promo trailer below:

Jane is forced to recruit someone from her past to help take down a dangerous alliance.