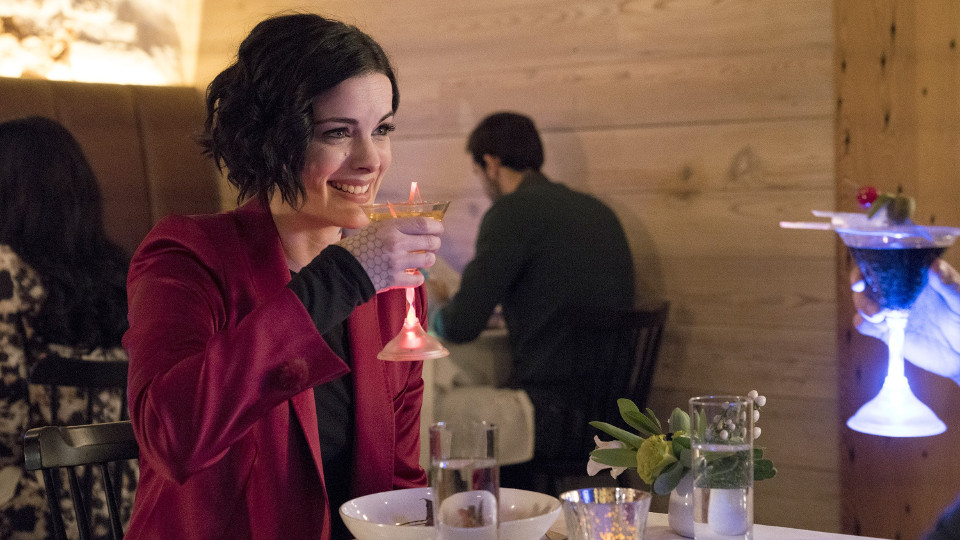 On the previous episode of Blindspot, the team attended a gala hosted by Hank Crawford (David Morse).

The episode saw the team attend Crawford’s gala along with Avery (Kristina Reyes) who helped them get inside.

Roman (Luke Mitchell) had a plan for them to catch Crawford doing a deal with Jean-Paul (Bruce Davison). However, he had a change of heart after a conversation with Blake (Tori Anderson) and helped Crawford escape.

Elsewhere in the episode, Patterson (Ashley Johnson) held a grudge against Zapata (Audrey Esparza) and tried to freeze her out. Reade (Rob Brown) wasn’t having it and told Patterson off. Zapata also told Reade that she couldn’t be his best man or attend his wedding.

Crawford started to be suspicious of Roman. However, he ordered hits on the FBI team at the end of the episode.

The promo for the next episode reveals that the entire FBI team are targets and they all look to be in trouble. Roman is seen telling Jane (Jaimie Alexander) that she won’t get to die until she witnesses everyone she loves die first.

Watch the Blindspot 3×18 promo trailer below:

The team faces a deadly threat on all of their lives. Roman’s allegiances are tested.