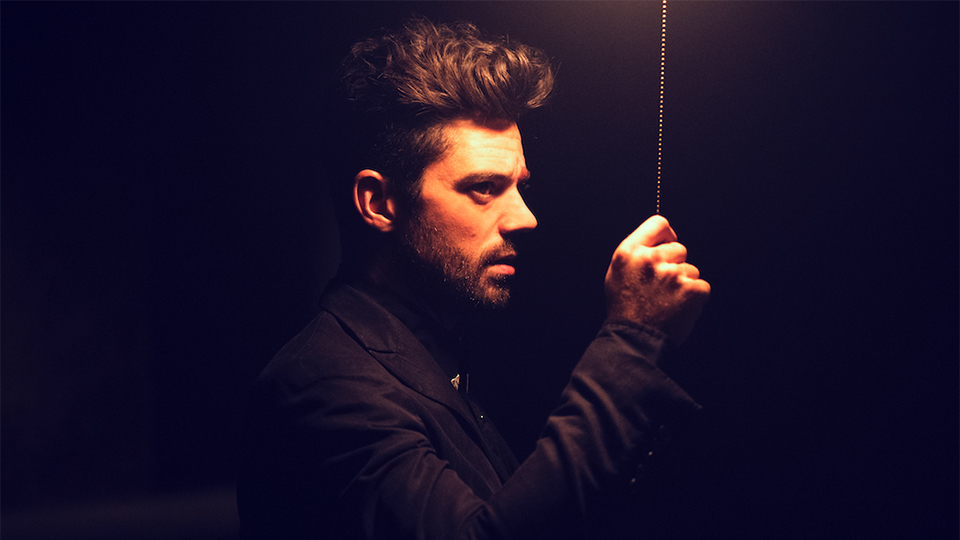 The third season of Preacher will launch on Amazon Prime Video in the UK on Monday 25th June 2018.

Debuting a new episode weekly, the supernatural series is based on the popular cult comic book franchise of the same name. It tells the absurdly twisted tale of Jesse Custer (Dominic Cooper), a small-town preacher inhabited by an angel-demon spawn that gives him the power to make people do his bidding, Tulip (Ruth Negga), his volatile true love, and Cassidy (Joseph Gilgun), a 119-year-old Irish vampire.

In season two, after Jesse accidentally discovered that God is absent from Heaven, the three of them set out on a road trip to find Him, all while being hunted by the Saint of Killers (Graham McTavish), an unstoppable, mythical killer from Hell. The trio’s pursuit led them to New Orleans, where they dodged local gangsters, dangerous agents, and other unimaginable mayhem on their way to uncovering an even bigger secret. Now, with Tulip’s life and Cassidy’s friendship in the balance, Jesse must rely on a mysterious figure from his past in order to save his friends and continue on with his mission.

Prime members in the UK can stream Preacher series one and two now exclusively via the Prime Video app for TVs, connected devices including Fire TV, mobile devices and online at www.amazon.co.uk/primevideo.