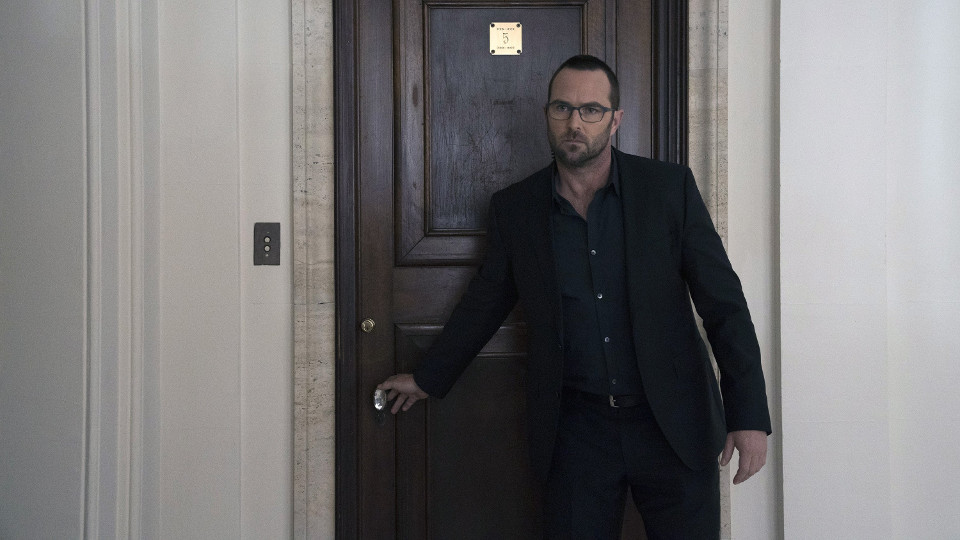 In the latest episode of Blindspot season 3, the FBI team and Avery (Kristina Reyes) attended a gala hosted by their target, Hank Crawford (David Morse).

The episode opened up with Roman (Luke Mitchell) doing a deal for a load of diamonds for $30 million. They were for Crawford’s imminent land deal with Jean-Paul (Bruce Davison). The guy he was buying them off tried to get an extra $6 million for his trouble but Roman changed his mind by explaining how much dirt he had on him.

At the FBI, Zapata (Audrey Esparza) was letting off steam on a punch bag. She was still upset over what had happened with Patterson (Ashley Johnson) because of her Dr. Borden (Ukweli Roach) secret last episode. Finally confessing her true feelings to Reade (Rob Brown) wasn’t helping either.

The team were preparing to attend Blake’s (Tori Anderson) gala. There they were hoping to catch Crawford and Jean-Paul carrying out their illegal deal. Patterson tried to exclude Zapata from their meeting but Reade gave her a telling off.

They discovered that the gala was being held on an island near Croatia. Avery (Kristina Reyes) wanted to help and Jane (Jaimie Alexander) tried to get her to stay but eventually let her tag along. The team attended the gala and used Avery to get them inside. Each member of the team went slightly disguised to try and blend in.

During the gala, Jane and Avery were introduced to Tom Jakeman aka Roman. He took them aside to explain the plan to get Crawford. Roman granted them access to the room where Crawford and Jean-Paul were due to meet. Once inside they concealed spy cameras to capture footage of the deal. As usual Roman was in control and was in possession of a kill switch to block the FBI’s signal. Avery managed to slip a tracker into Roman’s pocket but he managed to find it and ditch it.

As the deal is going down, Roman stormed in and told Crawford he needed to get out of there. It turns out that Roman had grown close to the Crawford family and was in love with Blake. Crawford trusts Roman so he did as instructed and they got out before the FBI could catch them. Jean-Paul however ended up dead when Weller (Sullivan Stapleton) shot him.

Elsewhere in the episode, Zapata told Reade that she couldn’t be his best man or go to his wedding.

At the end of the episode, Blake confronted Roman in front of her father. She wanted to know how he knew about the FBI. She was also upset to learn that her father was involved in illegal activities. Roman didn’t explain why but focused on the fact that he had saved them all. It seems that Crawford is now a little suspicious of his new favourite sidekick. The episode ended with Roman organising hits on the FBI team.