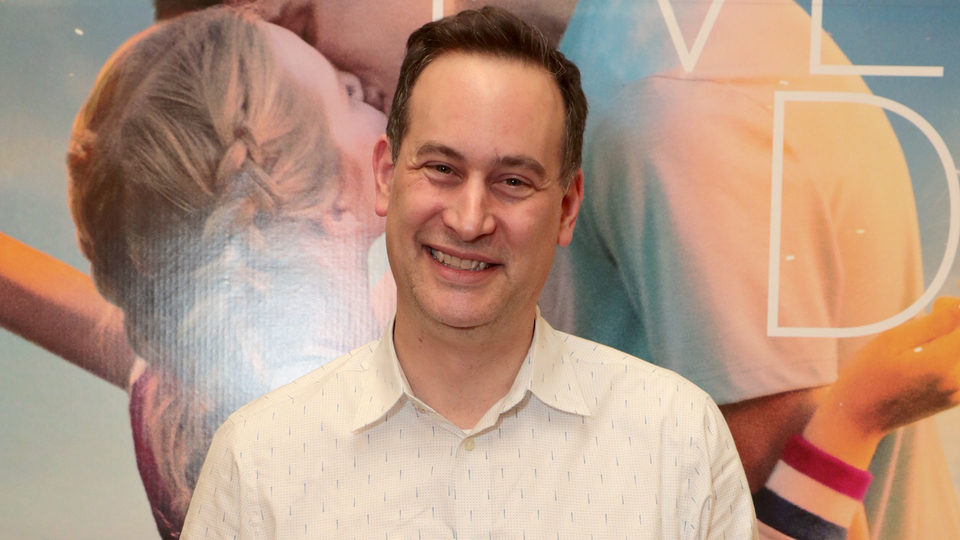 Every Day is in cinemas now, starring Angourie Rice. Based on David Levithan’s acclaimed New York Times bestseller, Every Day tells the story of Rhiannon, a 16-year old girl who falls in love with a mysterious soul named ‘A’ who inhabits a different body every day.

We caught up with author David Levithan who discussed the journey Every Day took to get from the page to the screen, his verdict on the finished film and his thoughts on Another Day and Some Day, which explore the continued the story of A and Rhiannon.

Starring Angourie Rice (The Other Guys) alongside Debby Ryan (Jessie), Justice Smith (Paper Towns) and Owen Teague (IT), Every Day is directed by Michael Sucsy (The Vow) and scripted by Jess Andrews, based on David Levithan’s best-selling book. You can read our 4 star review of Every Day here.

Feeling an unmatched connection, Rhiannon and A work each day to find each other, not knowing what or who the next day will bring. The more the two fall in love, the more the realities of loving someone who is a different person every 24 hours takes a toll, leaving Rhiannon and A to face the hardest decision either has ever had to make.

What were your first thoughts when you heard that Every Day was going to become a movie?

My first thought was ‘Oh my gosh, they’re going to have to cast a lot of actors to play A!’

Really, the first conversation I had about the movie was that they had to have a different actor to play A every day and they agreed. As it went forward, it was quite a challenge that they set themselves. It’s much easier for an author to make people up on a page and it’s a very different thing doing it for a movie.

What were your inspirations for coming up with the story?

I was just curious about the notion of who you would be if you weren’t defined by your body, and just playing around with that. I had the premise before I really understood the full implications of what that would be. And also I was really, really interested in telling a love story where somebody did change every day, to see if love could indeed conquer that.

The book and film aren’t afraid to tackle some big topics, including empathy, gender identity and appearance vs. personality. Where these themes at the forefront of your mind when you were writing the story, or is this something that organically happens during the process?

I would say more than just organically happen – I wanted to talk about gender identity and racial identity and not being defined by who you are but at the same time (and because I don’t outline things out and didn’t think things out properly!) I didn’t understand the full implications of A’s life until I was writing it, and that’s really where all of these things came up about.

Can you talk about your style of working, and also the collaboration you had with the director (Michael Sucsy) and writer (Jesse Andrews) on adapting Every Day for the big screen?

Yeah, it’s interesting because as a writer I’m very much a solo person, even when I collaborate with other writers – I need to be writing it myself. So it’s really interesting when it’s an adaptation when you write it and then let somebody else run with it.

I was extraordinarily lucky because I’m a YA writer and they hired another YA writer Jesse Andrews to write the screenplay. So there was a comfort level there because I knew Jesse would understand the novel and how to convey that onscreen. When Michael came onboard it was great because we did have an early conversation where he told me what he thought the story was about, and it was very much exactly what I thought the story was about –empathy, not being defined by any gender, race and just having a pure love from seeing a person for who they are. When he said that’s what he had found in the book and the screenplay then I knew he would be the right person to this onto the big screen and I’m very happy that the trust was put in him.

As a writer, there must be a level of trepidation when you hear your work is going to be translated to the screen. Are you consulted during the filmmaking process or are you happy to have a new interpretation of your work realised?

There’s always trepidation when you don’t know who’s going to be doing it, but once I talked to them I actually felt pretty confident that they were going to get it right. So I was very lucky this time! (laughs).

I thought Angourie Rice delivered a stunning leading turn. What did she bring to the role that particularly impressed you?

She really believed that all of these actors were playing the same person. She is the glue that holds everything together because as the viewer you have to believe that she is seeing not only the person they are on the outside but who they are on the inside. She absolutely does that. And I think for me, it was so incredibly refreshing that she’s actually the character – we see so many movies and TV shows were the actor is over 20 (laughs) but Angourie is 16. She goes to high school in Australia and she knows the inner life of a 16 year old girl because she is one, and she conveys that beautifully.

How did the concept for Another Day come about? And is there any information you could give us on Some Day?

Sure, Another Day came about because when writing Every Day I was very aware of the notion that ‘how does being in love with someone who changes every day affect that love’. Can you really love someone that is different every day? Is that something that is very hard to get used to. And while I got some of that across from A’s point of view in Every Day, I really thought to answer that question truly you have to see it from Rhiannon’s point of view.

So I started re-writing the first chapter just for bonus material – something that wouldn’t be published, and after a few pages I realised that it was actually a novel that I was writing. I really wanted to see Rhiannon’s side of the story.

And then for Some Day…Some Day is when everything comes crashing together – from A’s point of view and Rhiannon’s point of view, and a couple of other points of view. If the first book is about love and identity then the second book is really about choices because A is a very moral being and makes responsible choices. But there is another character who changes bodies just like A does, but decides to use that to take advantage and use it for personal gain rather than empathy. So it’s about the contest between the two of those viewpoints.

From a visual standpoint, was there one scene that you felt particularly captured the essence of the book for you?

It’s interesting – I thought a lot of them did, but the one that really struck me hard was actually the scene in the book shop when A, in the body of Megan (Katie Douglas), tells Rhiannon for the first time what’s going on. I think Angourie and Katie just do it perfectly, because I love that (understandably) Angourie is very surprised at the news, but that Katie is playing it both with vulnerability and an eagerness because she’s so desperate to get the word out! I really thought that echoed the book so perfectly. It was a hard movie to make because the book is in A’s head the whole time, but that was a scene where I felt you actually understood A’s head because of the actress playing A was talking. It was a pivotal scene and they handled it perfectly.

What did you first think about the movie when you watched it for the first time?

I really loved it! It was certainly very strange seeing something that had been in my head coming to life with all of these actors! But what impressed me the most was that they did what every writer would want from an adaptation – the things that they changed from the book serviced the story beautifully as a movie… that there wasn’t a single moment where I thought ‘why did they do that’. When something was different from the book, I understood and felt ‘hey, that was a pretty good idea!’ So I can’t say enough about what Jesse and Michael did, because they took something that could have been very unwieldy and turned it into something that had purpose.

Were you consulted during the making of the film?

I was unofficially consulted because Jesse is a friend of mine and Michael was very good at looping me in.  So I they were making a major change they would give me a heads up, perhaps to test the waters and see if I would freak out! But they were definitely inclusive with me which I deeply appreciated, but I very much believe that I’m a novelist and not a screenwriter – and certainly not a movie director – so it was enough that I had my trust in them!

The bottom line is I’ve had three movie adaptations that I’ve genuinely loved, which basically makes me the luckiest author in the world!

Every Day is out now in cinemas.