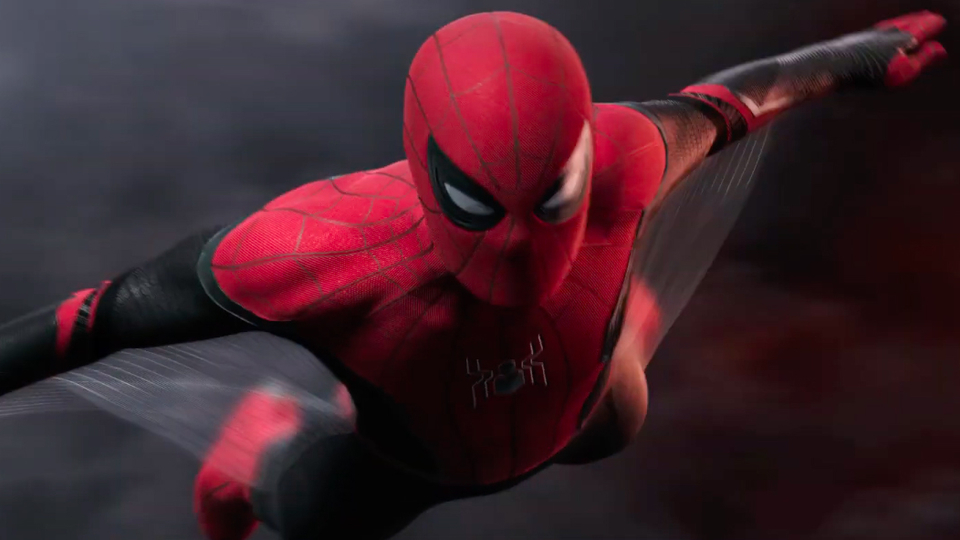 The dust has barely settled on the events that transpired in Avengers: Endgame and now we rejoin the MCU for the aftermath, through Sony’s Spider-Verse. With everyone recovering from the ‘blip’ (Thanos’ masterplan), Peter Parker (Tom Holland) is now coping with being Spider-Man in a world without his mentor Tony Stark. When an opportunity presents itself to visit Europe on a school-trip, Peter jumps at the chance, seeing this as the vacation that he sorely needs.

Using the trip as a catalyst to tell MJ (Zendaya) how he really feels about her, Peter preps his plan to win over her heart, but a potential new suitor is annoyingly in his way. But his plans are interrupted by Nick Fury (Samuel L. Jackson) who enlists Spider-Man whilst abroad to help with The Elementals – a force of great power who use the elements of wind, fire and water to wreck havoc on our planet. A mysterious and powerful hero from another dimension named Quentin Beck (Jake Gyllenhaal) has come to help defeat this threat, with Spider-Man helping him out along the way. But what is causing these attacks and can Beck (dubbed Mysterio by the press) and Peter stop them in time?

Spider-Man: Homecoming was a sensational film in that it created a whole new way of enjoying the webslinger. Bringing him back to high-school, and making this a story that focuses more on Peter’s personal life gave Homecoming a really organic feel, more akin to an 80s teen comedy. This trait is thankfully expanded much more in Far From Home and the end result is a movie that works hard to cultivate strong characters that you can relate to.

In fact, Spider-Man: Far From Home has a very tough job on its hands. It balances the gravitas of what has come before from Infinity War and Endgame, and keeps the themes of Homecoming ticking over in a very enjoyable way. The film is peppered with wonderful moments of genuine comedy. The characters have all grown since we last saw them, but there’s a familiarity with these group of teens that makes the film such a delight. At this point it’s worth noting the fantastic support that comes from Angourie Rice (surely set to become the best actress of her generation), Jacob Batalon and Tony Revolori. Kudos to Martin Starr as Mr. Harrington too, a real unsung hero of this franchise. It’s a shame that the inclusion of the brilliant J.B. Smoove wasn’t as effective as it could have been.

Of course, it’s Tom Holland that keeps everything together so well. His relatable charm and natural comedic flair are fantastically used here. Having played Spider-Man quite a bit now, Holland feels fully at home as the web-head and I sincerely hope he sticks around for many more years. His chemistry with Zendaya as Mary Jane is also wonderfully played out. Their rapport and natural chemistry gives the film a strong emotional core, and they are always a joy to see together onscreen.

Jake Gyllenhaal is great as Mysterio (with a real kick-ass costume to boot). His friendship with Peter is really entertaining. The two clearly loved working with one another, which is evident in all of the press tour interviews and media appearances that they have done together recently. Samuel L. Jackson and Cobie Smulders are always reliable as perennial MCU favourites Nick Fury and Maria Hill. Marisa Tomei’s Aunt May and Jon Favreau’s Happy look to be starting a new relationship in Far From Home and that dynamic is also portrayed very well onscreen.

The big screen spectacle is always better in IMAX and the format lends itself to the set-pieces of Spider-Man: Far From Home really well. The Elementals effects are staggeringly effective in IMAX and it really makes the action pop onscreen. The water dynamics for instance makes that particular sequence really stand out, with the gushing water making a faceless creature that looks really impressive, and also looks like nothing we’ve seen in the franchise before. The film is specially formatted exclusively for IMAX screens, and for around 45min of the runtime the screen expands to full IMAX, meaning an extra 26% more picture when compared against standard cinema presentations. As ever, if you can afford the uplift then IMAX is the way to go in my opinion.

There are a few plot problems that deny this from being a total win, but weighed up against the expectations of a sequel, and the tough task it had to bring this phase of Marvel’s cinematic adventures to a satisfying close whilst establishing Sony’s own Spider-Verse in its own right, I can forgive them. The main crux of the plot is a bit odd, and when you really think about it, you’ll find a lot more holes in the logic. That said, Gyllenhaal does a tremendous job in selling all of this, and his inclusion in the Spider-Verse is a very welcome one.

Spider-Man: Far From Home is a really fun and entertaining ride that furthers the story on in a good, engaging way. The set up for the next movie is also amazing with the mid-credits sting a real statement of intent for the Spider-Man franchise. It also features a crowd-pleasing moment you’ll love! The post-credit scene is more comedic in tone, but it does raise some very interesting questions about where the MCU might be going for their next phase. With Sony having delivered some really impressive Spider-Man projects lately (especially last year’s astonishing Spider-Man: Into the Spider-Verse) it looks like the wall-crawler is in very safe hands. Spider-Man: Far From Home is a real joy and a very entertaining sequel.