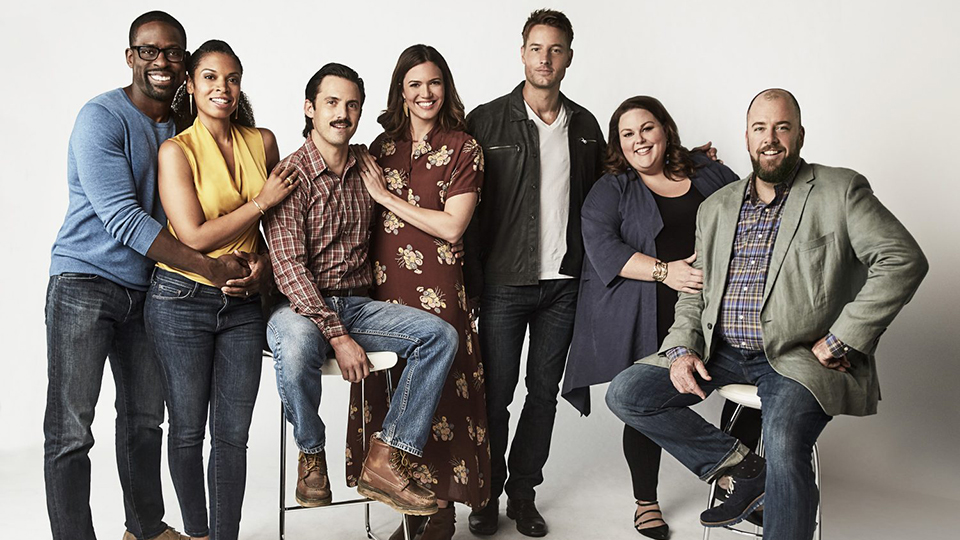 The second season of family drama This Is Us more than delivered on the promise of the first with twists, shocks and plenty of revelations.

If you haven’t seen season 2 of This Is Us and prefer to avoid spoilers, we suggest you stop reading now. If you want to hear our thoughts, keep on reading.

The season two finale saw Kate (Chrissy Metz) and Toby (Chris Sullivan) walk down the aisle but not before encountering a few hurdles. For Kate she obsessed over her brothers forgetting to pack her father Jack’s (Milo Ventimiglia) t-shirt as her ‘something old’ and she took off on a mission to find something to replace the item. For Toby, his parents tried to derail his day by questioning whether Kate was the right person for him and reminding him of his breakdown following the failure of his last relationship.

Despite those curveballs, Kate and Toby did make it down the aisle and by the episode’s end a series of flash-forwards promised plenty of heartache for the newly-weds as well as all of the show’s other main characters. Toby looks set to fall back into depression, Kevin (Justin Hartley) embarks on a relationship with Beth’s (Susan Kelechi Watson) cousin, which involves a trip to Vietnam, and a much older Randall (Sterling K. Brown) was seen trying to convince Tess (Iantha Richardson) to go with him to see someone but she admitted she wasn’t ready.

Elsewhere Deja (Lyric Ross) took a baseball bat to Randall and Beth’s car as she struggled to deal with the departure of her biological mother and Rebecca (Mandy Moore) finally (it seems) buried her differences with Kate prior to the wedding.

As we patiently wait for the third season of the show to premiere this autumn, I’ve put together a list of 10 things I’d like to see when This Is Us returns. Keep reading to find out more…

1. The backstory of Miguel (Jon Huertas) and Rebecca’s relationship. Now that we know how Jack died, I want to know how Miguel and Rebecca went from being friends to married. It’s been made clear that Kate, Toby and Randall are never sure how to act around Miguel and he is aware he’s an outsider. I’d like to see some serious development there to fill in the blanks.

2. Avoid going down a stereotypical path for Deja. The show is very much in danger of perpetuating a stereotype about underprivileged black children with the Deja storyline. Fans are wildly speculating that she kills Beth and that she’s the character future Randall and Tess aren’t prepared to see. I hope that’s not the way the story pans out. Deja is a great character and I’d like to see her learn to adapt to her new surroundings rather than be a constant source of trouble for the Pearsons.

3. Kate and Toby to enjoy some happiness. The newlyweds really went through it this past season when they lost their baby and their wedding almost didn’t happen. The glimpse at the future showed Toby struggling with depression but I hope there’s some light for the couple in season 3. Toby is a super-sweet character that often brings much-needed humour to the show. Don’t get me wrong, I’m interested to see what leads to his next bout of depression but I hope that doesn’t spell the end of the road for him and Kate.

4. Kevin to finally grow up. For two seasons Kevin has switched between broken and entitled, and so far neither of those situations has resulted in anything good for him. In season 2 he dealt with a lot of his issues, some related to Rebecca he hadn’t even really realised, so he’s in a better position to move forward. With Zoe (Melanie Liburd) as his new love interest, I’m really hoping we see a much more grounded and even Kevin this season.

5. An exploration into Jack’s family. It looks likely we’re going to finally meet Jack’s brother, especially with Kevin and Zoe seemingly retracing Jack’s earlier years. Now that death mystery is solved, it would be great to explore more about Jack and how he became the person he did.

6. Plenty of flashbacks involving the younger versions of Kate, Randall and Kevin. I’m sure you all agree, the six kid actors that play them knock it out of the park every time they’re on screen so I hope they get a lot of screen time in season 3.

7. More flashforwards. The introduction of these was a bit of a surprise during season 2 but it ensures there are plenty more stories to tell on the show. At the moment we’ve only seen Randall and Tess in the future (beyond a period of a year or so) but I hope we get to see glimpses of the other characters too.

8. Bigger storylines for Beth. Hands up who thought Beth was one of the best things about season two? Susan Kelechi Watson is such a wonderful actress and it was fun getting to see her play out more sides of Beth. The scenes with Kate at the Bachelorette party in Las Vegas were brilliant and I enjoyed seeing her related to Toby and Miguel about being on the outside of the family. She also showed a vulnerable and emotional side with the Deja storyline.

9. Rebecca to integrate better with her family. She’s had so many ups and downs with all of her children but it feels like she spent a lot of season two working through her issues. Rebecca admitted that she felt she could never do anything right with Kate and she’s muddled through very difficult situations with both Randall and Kevin. I feel there’s much more story to be told that will explain how she became so distant from her children over the years.

10. More Big Three scenes. When Kate, Kevin and Randall are on-screen together, magic happens. The way they all clubbed together for Kate’s wedding was pretty special and the characters are brilliant when they’re sharing scenes. There’s still some issues to work out between them all but there’s no denying the strong bond they share.

This Is Us returns to NBC in the US this autumn. A UK broadcast date has yet to be confirmed.