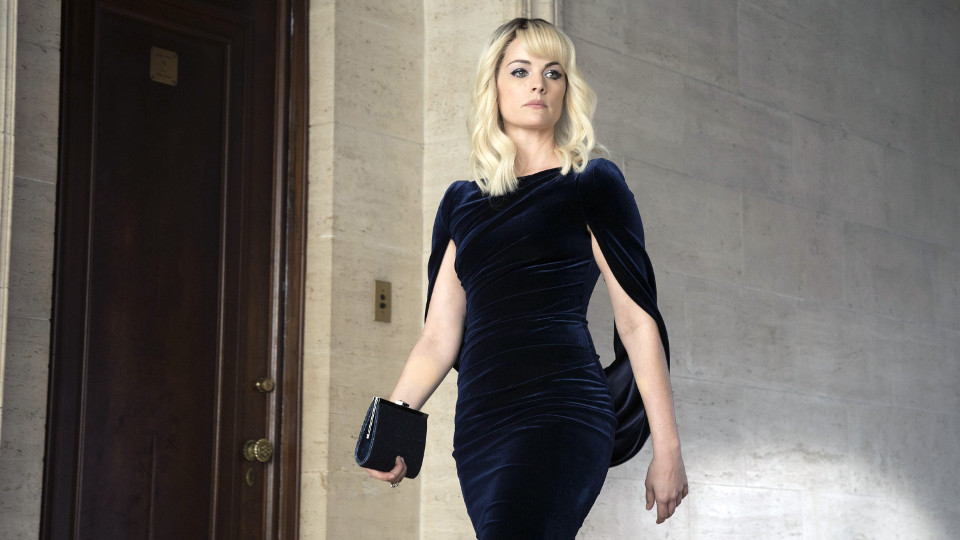 On the previous episode of Blindspot, the mystery around the dragonfly tattoo was revealed.

The episode saw Rich (Ennis Esmer) crack the dragonfly tattoo. It forced Zapata (Audrey Esparza) to come clean to the team about her work for the CIA as handler to Borden (Ukweli Roach).

Patterson was devastated and fell out with Zapata. Borden was captured an an attack on Manhattan was prevented. Zapata later told Reade (Rob Brown) that she loved him.

The promo for the next episode reveals that things are going better for Jane (Jaimie Alexander) and Avery (Kristina Reyes). The team look like they are going undercover at the charity gala to try and catch Crawford. While there it seems something happens to Avery who doesn’t listen and tries to help.

Watch the Blindspot 3×17 promo trailer below:

Here’s the official synopsis of Blindspot 3×17 Mum’s the Word:

The FBI team and Avery attend a gala hosted by their target, Hank Crawford, in hopes of arresting him. Meanwhile, Roman grows closer to the Crawfords.