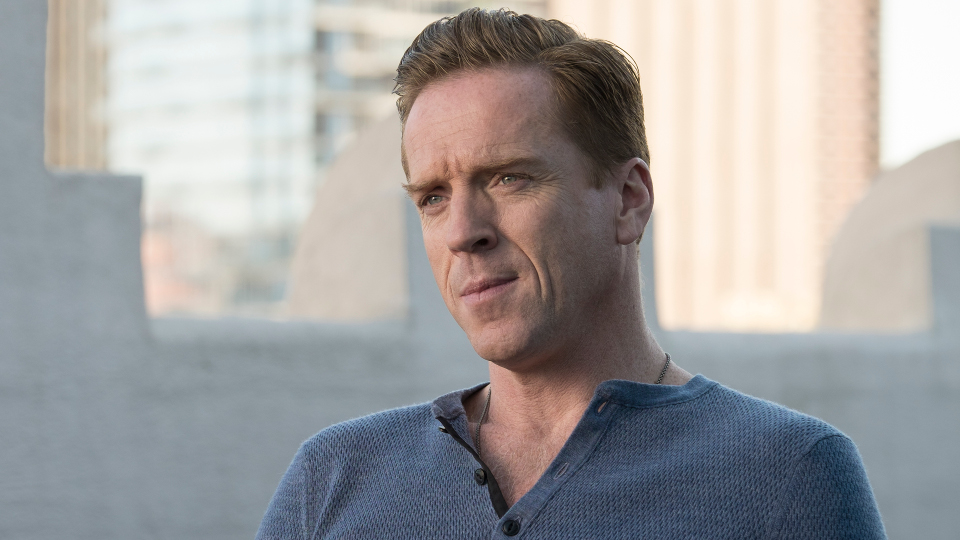 On the latest episode of Billions, Bobby “Axe” Axelrod (Damien Lewis) found himself frustrated at not being able to trade.

The episode opened up in the middle of the night with Axe deep in thought while looking out over Manhattan. He eventually decided to give Wendy (Maggie Siff) a call and told her he’d made a mistake signing away his right to trade. She told him there was nothing he could do for the time being and it was necessary because of the previous decisions he’d made.

Axe wasn’t happy and with $2 billion burning a whole in his pocket he needed to trade. He met with Victor (Louis Cancelmi), Carly (Ali Ahn) and others that he trusted. He wanted them to trade on his behalf but to keep secret about his involvement.

Bach (Glenn Fleshler), Bryan Connerty (Toby Leonard Moore) and Oliver Dake (Christopher Denham) attended the random selection of the judge for Axe’s trial. The name chosen was that of Judge Leonard Funt (Harris Yulin) and Bach was delighted. Chuck Rhoades (Paul Giamatti) told Dake that Funt was the best friend that Axe could have on the bench. He told Dake that he needed to get Funt off the case.

Rhoades met with Wendy to tell her they needed a different judge. Wendy reminded him that Funt owed him a favour but Rhoades wasn’t convinced that he would help. Wendy gave him a pep talk and told him to go and do what was necessary. Rhoades later ambushed Funt and he got him to reluctantly recuse himself from the case to clear his debt.

At Axe Capital, Chief Investment Officer Taylor (Asia Kate Dillon) met with Ari Spyros (Stephen Kunken). Taylor had reinvested $9 billion back into the market in phases and was planning a further $2 billion. Spyros said they couldn’t do that because Axe wanted that money left alone. Taylor wasn’t convinced that Spyros knew why.

Taylor went to ask Wags (David Costabile) about the money and he said he was on it. Wags went to see Axe to tell him to leave the money alone. While there he met Axe’s new fixers John (Brian Wiles) and Timmy (Tom Lipinski). After Wags voiced his concerns, Axe wondered if he could pass the money to Taylor to use.

Connerty and Terri McCue (Susan Misner) were chasing up leads on the Ice Juice case. They spoke to Maria Gonzalez (Helena Betancourt) about her involvement and she said Victor put her up to it. They asked her to come in and give a statement after work. Victor noticed that she was late to work and arranged to meet with Axe.

Things weren’t going well for Taylor at Axe Capital. A large earthquake had struck causing a tsunami in Brazil. This was going to cause them losses on some of their trades. Taylor rallied the office to come up with ideas that made them money. They later saw Ben Kim (Daniel K. Isaac) get shot down by ‘Dollar’ Bill Stearn (Kelly AuCoin). After Ben avoided saying what he was working on, Taylor asked the IT guy (Ryan Barry) for all of Ben’s search history.

Axe saw they were losing money due to the tsunami and was frustrated he couldn’t do anything. He eventually caved and headed into the office. Wags tried to stop him but Axe refused to leave. Inside he was followed around by Spyros who took a video of the visit to prove Axe hadn’t got involved. Axe eventually met with Taylor who stressed that they had to be seen to be in charge and that Axe couldn’t get involved. Axe decided it was best to leave.

Connerty and McCue waited for Maria Gonzalez to come in after work but she was a no show. They tried to have her picked up but were told that she was already been held in a detention center. They rushed down to speak to her but found they had a different Maria Gonzalez. Axe’s new fixer guys had sorted it for the Maria Gonzalez they wanted to be deported to Guatemala.

Connerty updated Dake and convinced him to speak to Attorney General Waylon Jeffcoat (Clancy Brown). Dake called him but Jeffcoat wasn’t for bringing Maria Gonzalez, an illegal immigrant, back to the U.S.

Elsewhere in the episode, Lara (Malin Akerman) went to watch the kids play Little League. There she gave some stern advice to a friend who was considering divorce. The kids were running late and dropped off by helicopter. Lara later offered to have the kids more than Axe and not tell anyone but that’s not what he wanted.

At the end of the episode, Axe went back to the office to see Taylor. He got an update on the day and Taylor had used the idea Ben had been working on to finish the day just 5% down. Axe said he trusted them and released the $2 billion to invest. Taylor had decided to listen to Axe’s ideas and invest in them, allowing him to still be indirectly involved. As Axe left he realised he was Taylor’s hedge and they were using him as a safety net to avoid further disasters.

Watch the Billions 3×03 trailer below:

The official synopsis for Billions 3×03 reads:

Chuck faces a dilemma when he’s given a perverse directive. Taylor and Wags interview a different type of Axe Capital employee. Connerty and Dake close in on key witnesses in the Ice Juice sabotage. Axe and Lara consider an unexpected agreement.