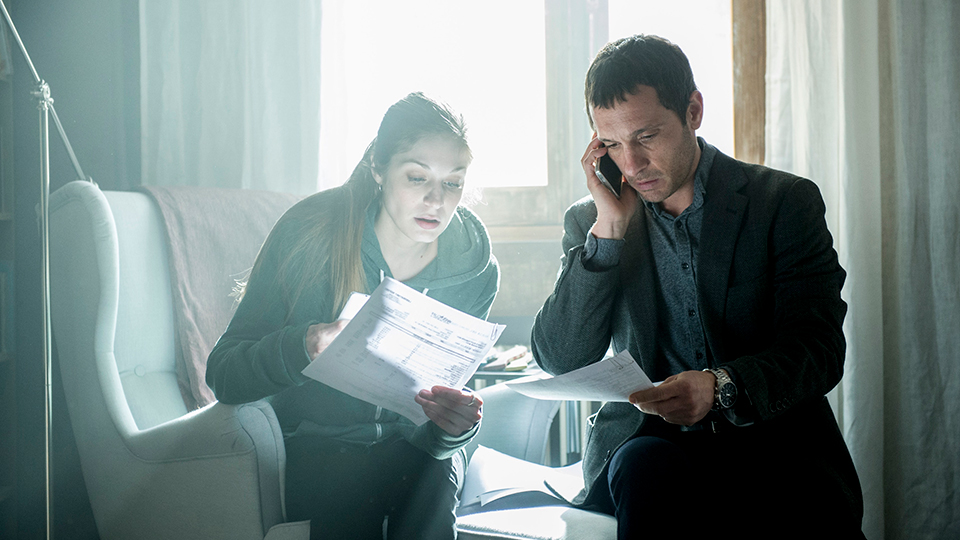 Studies has shown that critically ill patients who receive organs from donors that have died in violent circumstances can suffer flashbacks or cellular memory episodes apparently from their donor. It sounds incredible, but there are documented examples. Claire Sylvia received a heart and lung transplant from a young man who’d died in a motor cycle accident.

Immediately after the transplant, she claims to have smelled and craved the same food as her donor; and she even recalled his first name, despite never been told who he was.

Before you think you’ve stumbled into some British Medical Journal thesis, I should explain that this is the basis of an intriguing new drama set in Madrid from the Walter Presents stable; Lifeline (Pulsaciones, to give it its original Spanish name).

The first episode (of ten in total) opens with a bang – a naked man is being chased around rows upon rows of shipping containers by a surly looking chap in an SUV. He comes to a grizzly end, but not before he leaves a clue as to why he’s being chased with a homeless man, asking him to take it to the police. The homeless man decides instead to confide in an investigative journalist, Rodrigo (Juan Diego Botto) and his assistant, Lara (Meritxell Calvo).

From here, we cut (no pun intended) to a surgeon, Álex (Pablo Derqui), who is on the verge of securing a leading position at Spain’s top clinic, whilst at the same time trying to hide a drug habit from his girlfriend and co-workers.

These seemingly unrelated events eventually – and it does take a while to get there, frankly – merge into one main storyline involving the condition described in the opening paragraph. It’s a fascinating idea; and whilst you may have doubts about the authenticity of someone being able to recall something that happened to the person whose organs they inherited, as a whodunit the plot actually works surprisingly well.

If there is criticism of the opening episode to be made, it did seem to shift from one time period to another without any obvious indication. It was a tad jerky in that regard. But the first episode was really there to set the tone and premise for the remainder of the series, when the real intrigue – one hopes – will take a firm hold.

Lifeline comes from the same team who brought us Locked Up (Vis a Vis in Spain), an excellent crime drama set in a female Spanish prison which was also picked up by Walter Presents, and that high standard of professionalism and film-making comes through – this is a high budget, well thought-out thriller with a nod towards the supernatural. It’s got me hooked and look forward to seeing how the drama unfolds.

Walter Presents: Lifeline launches on Channel 4 on 15th April at 10pm, with the rest of the series going live on All 4 and Sky On Demand immediately after.

In this article:Lifeline, Walter Presents