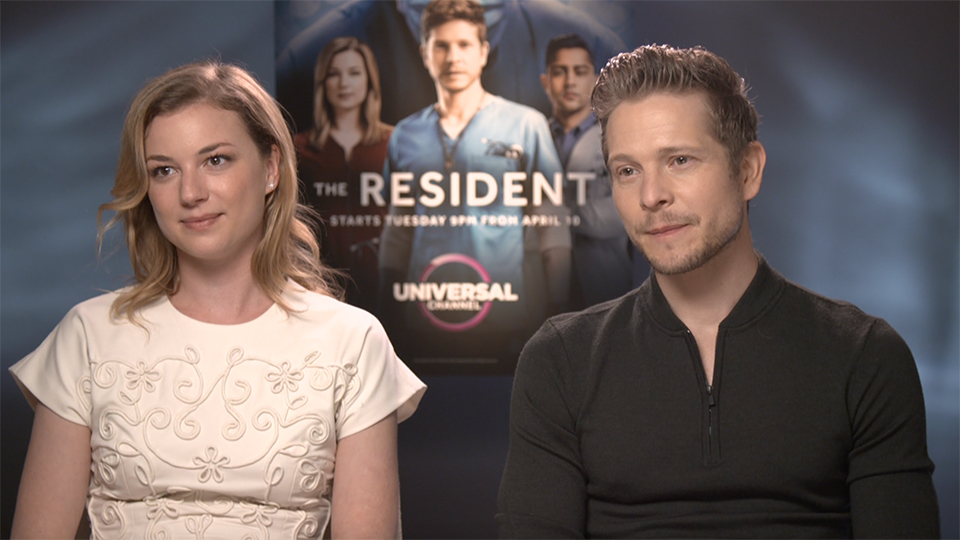 Hit US medical drama The Resident arrives in the UK tomorrow (Tuesday 10th April) on Universal Channel following its recent premiere on FOX in the US.

The show follows an idealistic young doctor, Devon Pravesh (Dayal), during his last few years of training. Under the supervision of a tough and brilliant senior resident, Conrad Hawkins (Matt Czuchry, The Good Wife), he soon discovers his chosen profession is not what he imagined and that ethical lines are often blurred.

I sat down with Emily VanCamp and Matt Czuchry during their visit to London today to find out more about the series, talk about the action-packed first episode and discuss the relationship between their characters.

Watch the full video interview below:

The Resident premieres Tuesday at 9pm on Universal Channel.

In this article:Emily VanCamp, Matt Czuchry, The Resident, Universal Channel