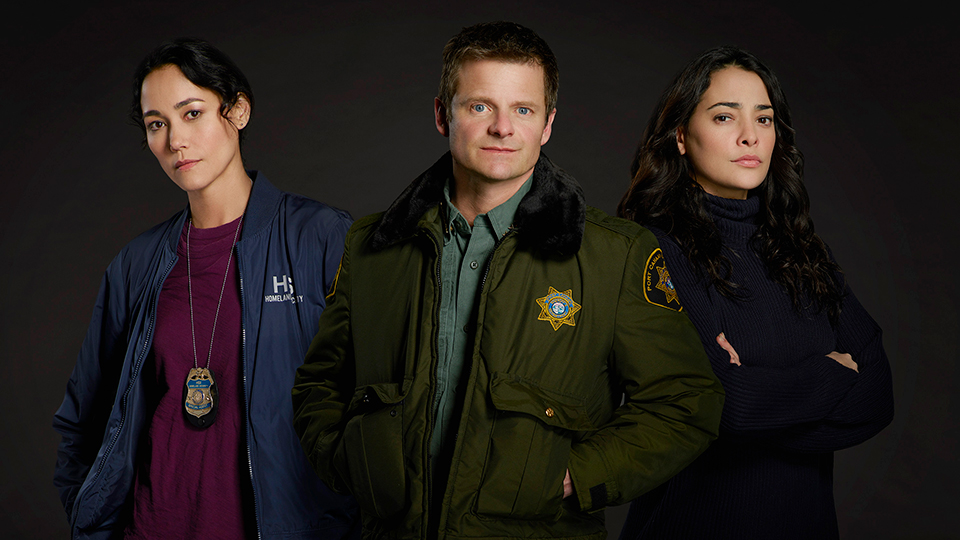 Sci-fi mystery The Crossing and Marvel’s highly-anticipated Cloak & Dagger will air on Amazon Prime Video in the UK is has been announced.

The streaming platform has acquired both shows as part of a new deal with Disney EMEA. The Crossing will air first beginning 3rd April 2018, one day after it premieres in the US. Marvel’s Cloak & Dagger will follow in June.

The Crossing sees refugees from a war-torn country seek asylum in a small American fishing town, only the country these people are from is America – and the war they are fleeing hasn’t happened yet. As the government tries to uncover the truth behind this mysterious migration only one thing is certain: the lives of the people here — both the townspeople and these newcomers — will never be the same.

The series stars Steve Zahn (War for the Planet of the Apes, Captain Fantastic) as Jude Miller, Natalie Martinez (Death Race, End of Watch) as Reece, Sandrine Holt (House of Cards, The Returned) as Emma Ren, Rick Gomez (Band of Brothers, Sin City) as Nestor, Jay Karnes (The Shield) as Craig Lindauer, Marcuis Harris (Grey’s Anatomy) as Caleb, Simone Kessel (Of Kings and Prophets) as Rebecca, Kelley Missal (Sleepy Hollow) as Hannah, Rob Campbell (Hedwig and the Angry Inch) as Paul, Grant Harvey (The Secret Life of the American Teenager) as Roy, Bailey Skodje (If there be Thorns) as Leah, John D’Leo (The Family) as Will, Luc Roderique (Godzilla) as Bryce and Tommy Bastow (Angus, Thongs and Perfect Snogging) as Marshall. It is produced by ABC Studios.

Marvel’s Cloak & Dagger is the story of Tandy Bowen (Olivia Holt, Ultimate Spider-Man) and Tyrone Johnson (Aubrey Joseph, The Night Of), two teenagers who are awakened to newly acquired superpowers which are mysteriously linked to one another. Tandy can emit light daggers and Tyrone has the ability to engulf others in darkness. They quickly learn they are better together than apart.

“This marks another step forward in bringing best-in-class TV shows to Prime Video customers in Europe,” says Jay Marine, VP Prime Video EU. “We are thrilled to be bringing Marvel’s next hugely anticipated TV series exclusively to Prime Video and we look forward to hearing the reaction from Marvel fans and newcomers to the iconic entertainment series alike as they discover the universe of Cloak & Dagger. The Crossing is a timely addition to Prime Video and we’re expecting customers to find much to love about this enigmatic show.”

Prime members in the UK will be able to stream Marvel’s Cloak & Dagger and The Crossing exclusively via the Prime Video app for TVs, connected devices including Fire TV, mobile devices and online at www.amazon.co.uk/primevideo.

In this article:Amazon Prime Video, Marvel's Cloak & Dagger, The Crossing