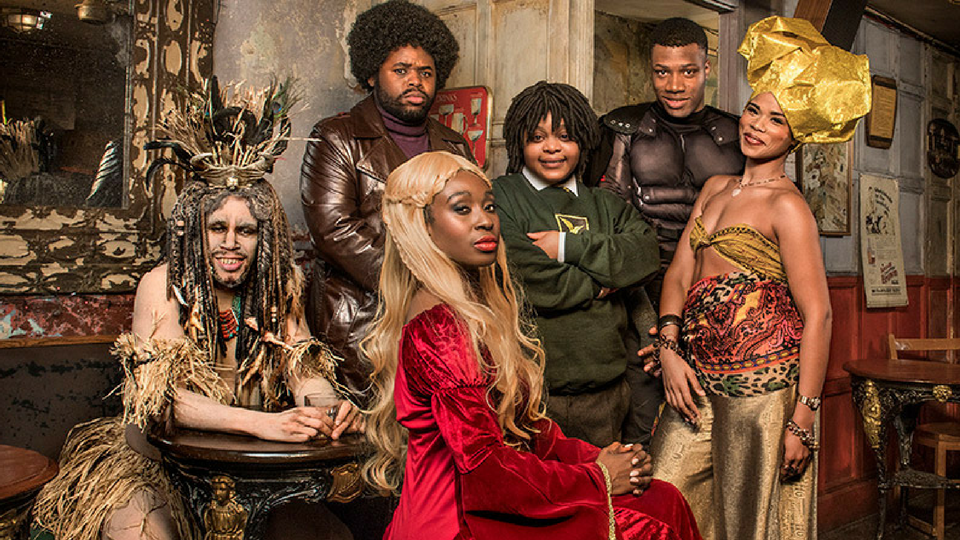 After the storming success of its pilot last year, Famalam goes to series with four new episodes set to breathe new life into BBC comedy scheduling this April.

Along the way we’ll also learn some newly-unearthed Black British History with garage MC Scribbler P, get a sneak peak of the latest Nollywood blockbusters, and at last see some much-needed cultural diversity injected into Midsomer Murders.

Famalam will premiere on BBC Three in early April before coming to BBC Two later that month.

Shane Allen, Controller, Comedy Commissioning, says: “This exciting ensemble of comedy talent delivers their fresh and funny take on the multi-cultural Britain of today. Although sketch shows will forever be reviewed as ‘hit and miss’, they are a vital and crucial way to bring through the next wave of comedy stars and in Famalam we’ve got a supremely funny troupe.”

Akemnji Ndifornyen, Producer, BBC Studios, says: “I can’t wait to unleash this amazing show on you all! Credit to our cast, crew and brilliant director, Mr Tom Marshall. Get your knives and forks ready for a comedy feast, Famalam.”