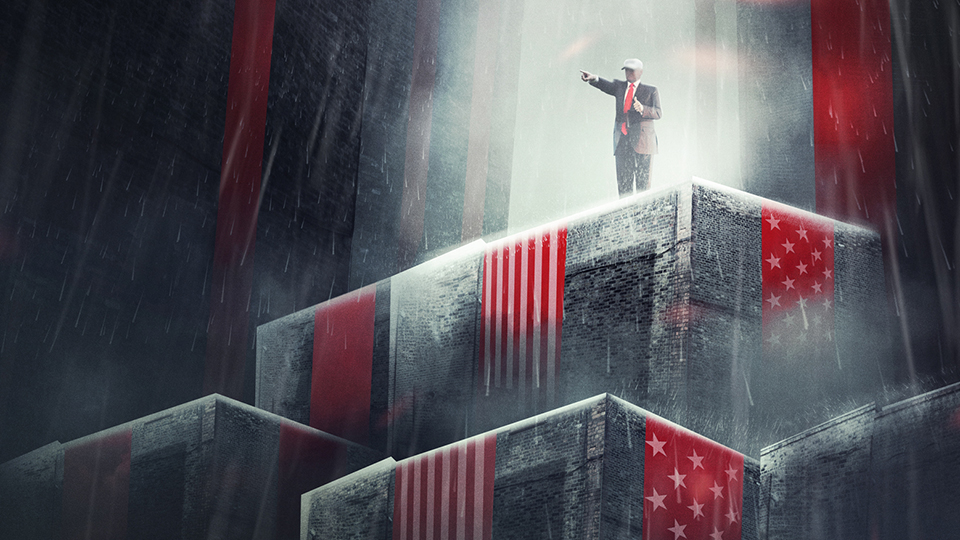 Angela Griffin and Trevor White will star in the UK premiere of the political thriller Building the Wall at Park Theatre from Wednesday 2nd May to Saturday 2nd June 2018.

From Pulitzer Prize and Tony Award-winning writer Robert Schenkkan (Hacksaw Ridge, All the Way), Building the Wall is a harrowing tale of the terrible events that resulted when Donald Trump made good on his promise to build a “beautiful wall” between Mexico and the United States.

2019, America. Rick is incarcerated awaiting sentencing for the crime of the century. He grants just one interview – to Gloria, an African American historian. In a world of ‘fake news’ surrounding one of the world’s most powerful and controversial political figures, Gloria is Rick’s only chance to tell his version of the truth.

Angela Griffin plays Gloria in the show. She’s been seen on TV in Lewis (ITV), Brief Encounters (ITV), The Detail (CTV) and Ordinary Lies (BBC One). On stage she has appeared in The Captive Queen (Sam Wanamaker Playhouse, The Globe), Breeders (St James Theatre) and One Man, Two Guvnors (Theatre Royal Haymarket).

Robert Schenkkan says: “I wrote Building the Wall in October, 2016, before the Presidential election because even then it seemed to me that real and lasting damage had been done to the American republic. The consequences of that election have certainly born out my presentiment, but it is important to remember that Trump is only a uniquely American expression of a problem currently facing all the Western Democracies – the rise of right-wing, nationalist movements. The real danger lies in the ways in which political leaders and ordinary people excuse, rationalize, and even seek to justify such dangerous sentiments. The results, as history has shown us time and again, are disastrous. The UK is not immune to these baleful currents. It is hardly a coincidence that Trump has approvingly quoted Britain First. As always, the triumph of evil requires only that good men do nothing.”

Building the Wall will have a gala performance on Tuesday 15th May at 6pm as part of Park Theatre’s 5th birthday celebrations.

In this article:Angela Griffin, Building the Wall, Trevor White