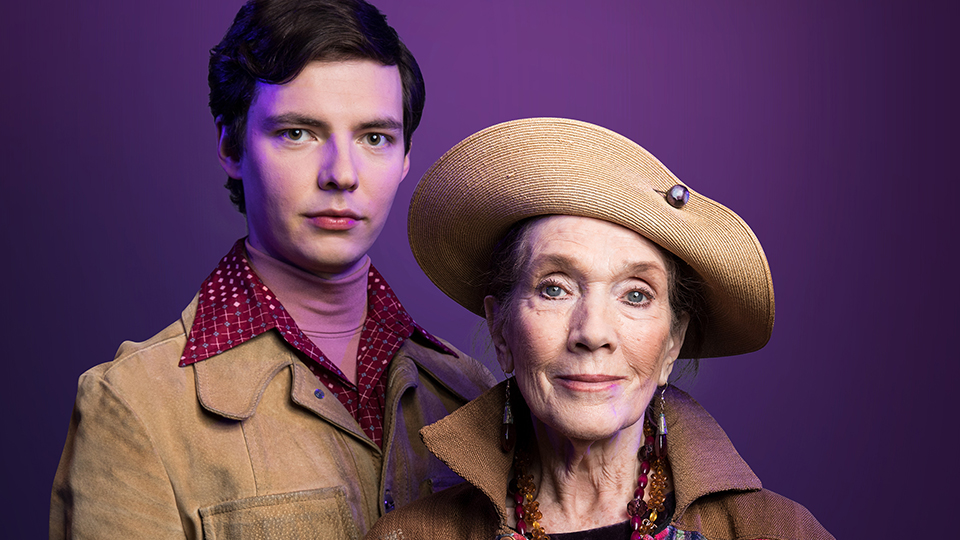 Linda Marlowe and Patrick Walshe McBride are taking over the lead roles in Harold and Maude at Charing Cross Theatre from 2nd April 2018.

The actors will follow in the footsteps of Sheila Hancock and Bill Milner, who will bow out of the show on Saturday 31st March 2018. Harold and Maude has been extended by six weeks and will now run to Saturday 12th May 2018.

Linda Marlowe worked with Steven Berkoff over a 25-year span as his leading lady in most of his plays both internationally and in the West End. That relationship led to her first solo show Berkoff’s Women. She last appeared at Charing Cross Theatre as the star of Tennessee Williams’ In the Bar of a Tokyo Hotel.

Patrick Walshe McBride is currently appearing on BBC One as series regular Sebastian in Shakespeare & Hathaway. On stage he played the title role in Peer Gynt (Barbican and BBC Radio 3) and appeared in the West End with Nicole Kidman in Photograph 51 (Noel Coward). Patrick was a finalist for the Michael Bryant Award (National Theatre) and the Carleton Hobbs Award (BBC Radio).

Harold and Maude is by Colin Higgins and directed by Thom Sutherland, Artistic Director of Charing Cross Theatre.

The show is an idiosyncratic romantic fable told though the eyes of the most unlikely pairing: a compulsive, self-destructive young man and a devil-may-care, septuagenarian bohemian. Dame Marjorie “Maude” Chardin is a free spirit who wears her hair in braids, believes in living each day to its fullest, and “trying something new every day”. Harold Parker Chasen is an 18-year-old man who is obsessed with death, attends funerals of strangers for entertainment and stages elaborate fake suicides. Through meeting Maude at a funeral, he discovers joy in living for the first time. Part dark comedy and romantic innocence, Harold and Maude dissolves the line between darkness and light along with ones that separate people by class, gender and age.

In this article:Harold and Maude, Linda Marlowe, Patrick Walsh McBride