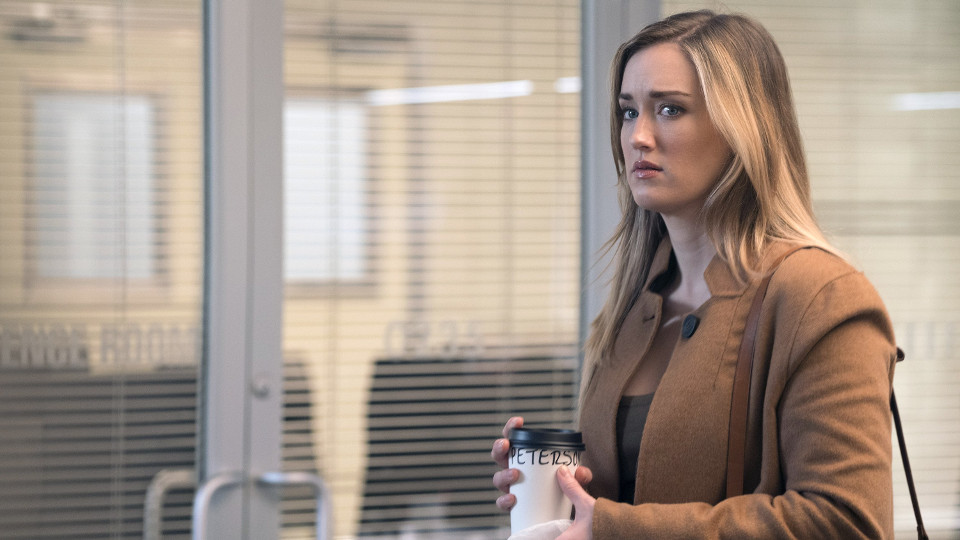 The episode saw Rich Dotcom (Ennis Esmer) sent undercover with Weller (Sullivan Stapleton), Jane (Jaimie Alexander) and Nas (Archie Panjabi). They managed to recover the tech and then Nas took it herself to try and get back in with the NSA.

Finally, Weller received a call from Nas who had uncovered some information on Avery’s father. We’re not sure exactly what yet but we do know he has links to Crawford (David Morse).

The promo for the next episode reveals that something Patterson (Ashley Johnson) is working on goes bad. It looks like she ends up injured and in a coma. There’s a shot about 10 seconds in that shows Patterson’s true love, David stood with her ex-assistant Stuart and also Director Pellington. All of these characters are dead so we’re presuming we get to see what Patterson is thinking while comatose.

Watch the Blindspot 3×14 promo trailer below:

When Patterson’s investigation into a tattoo results in a horrible incident, she tries to figure out what went wrong– but quickly realizes all is not as it seems.