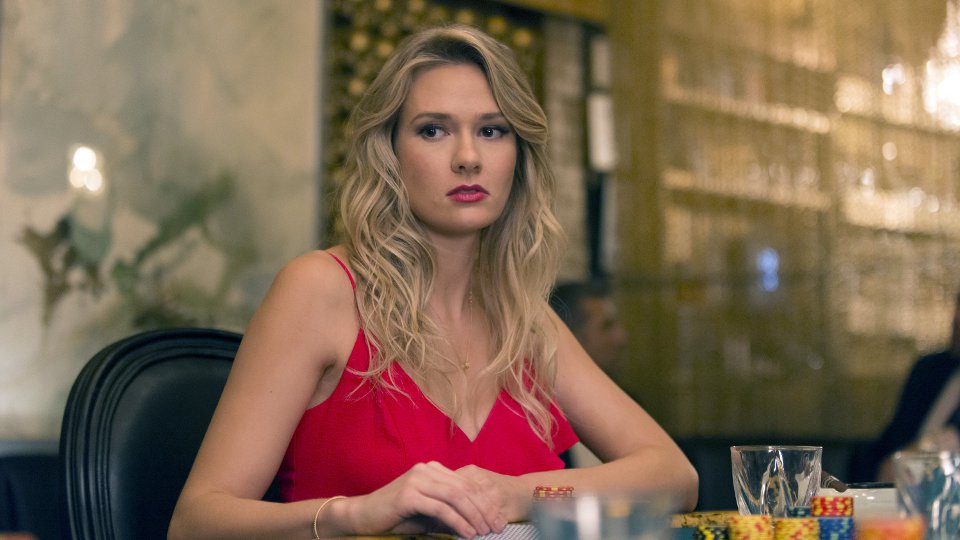 On the previous episode of Blindspot, we were finally given the details that connected Avery (Kristina Reyes) to Crawford (David Morse).

The episode explained how Crawford was responsible for Avery’s adoptive father’s death. Weller (Sullivan Stapleton) reunited with his old FBI partner as they worked to take down a militia group known as The Regimen. They also had ties to Crawford and their operation was trying to hide details of his financial transactions.

Elsewhere, Crawford knew he had been betrayed and he wrongly picked Roman (Luke Mitchell) and killed Victor. Zapata (Audrey Esparza) also got to interrogate Eleanor Hirst (Mary Stuart Masterson). Jane (Jaimie Alexander) got a little closer with Avery and got her on side by involving her in the FBI hunt for Crawford. Finally, Weller and Jane also made up.

The promo for the next episode reveals that Nas (Archie Panjabi) returns as the team hunt for some stolen tech.

Watch the Blindspot 3×13 promo trailer below:

The team investigates a dangerous piece of technology stolen from the NSA. Roman and Blake grow closer at a high-stakes poker game.