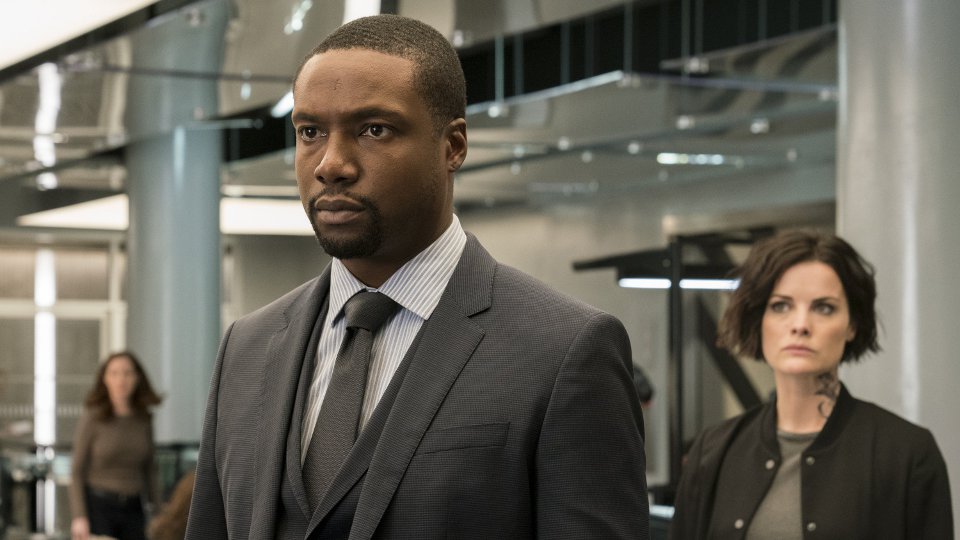 The episode saw Weller (Sullivan Stapleton), Jane (Jaimie Alexander) and Clem (Steve Kazee) head off on a rescue mission to Berlin. There they managed to find and save Avery to bring her back to the FBI.

Roman (Luke Mitchell) continued to taunt Jane and Weller and it looks like his games aren’t over yet. Elsewhere, Patterson’s app was hacked and Zapata (Audrey Esparza) kept her feeling to herself when Reade (Rob Brown) announced his intention to propose to his girlfriend Meg (Reshma Shetty).

In the promo for the next episode it shows that Jane’s daughter Avery is back at the FBI. She’s shown sat with Jane and Weller who want answers. It looks like she’ll be given a lie detector test to try and see if she’s telling the truth.

Watch the Blindspot 3×12 promo trailer below:

Weller and his former FBI partner reunite for a dangerous undercover mission while Zapata interrogates a past foe.