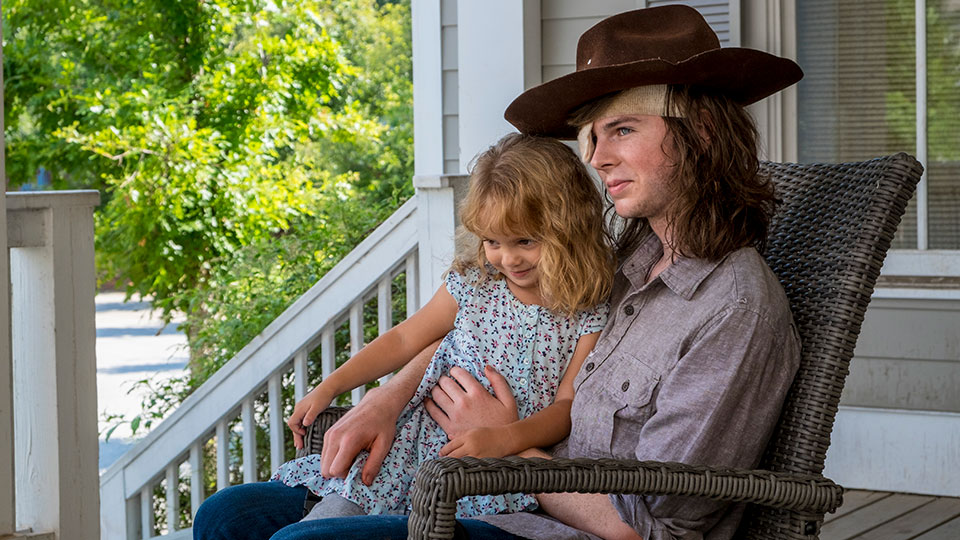 Rick (Andrew Lincoln) and the survivors were dealt a shocking blow during the mid-season finale of The Walking Dead.

It was revealed that Carl (Chandler Riggs) had been bitten while escorting Siddiq (Avi Nash) to Alexandria. The shock reveal left fans reeling and it’s fair to say there’s been a very mixed reaction with actor Riggs’ father chipping in to express his disappointment at the plot twist.

Regardless the show must go on and The Walking Dead returns from its winter break in the UK tonight. You’ll probably want to stock up on tissues ahead of the episode airing.

Elsewhere in the mid-season finale Eugene (Josh McDermitt) enabled the Saviors to escape and attack Alexandria, forcing everyone into the sewers.

The next episode of the season is Honor. Rick faces new difficulties after a battle. Meanwhile, the fight continues in other communities as core members face hard decisions.

Tune in to FOX HD at 9pm tonight to see the episode. Preview it with our gallery below: