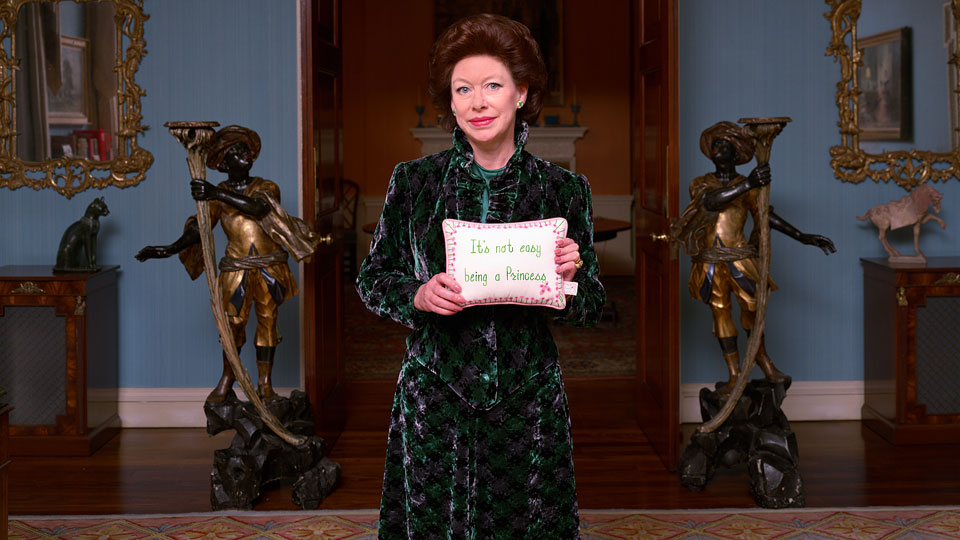 Kensington Palace, 1993. She was the Diana of her day. That day has gone, but HRH The Princess Margaret has a final chance to be of service. Acquiring sensational letters from Charles and Diana, she means to burn them all. But there are other papers, relating to Margaret herself. And when an ex-gangster admirer returns from her past, the Queen’s sister has the choice to make or break her family yet again.

In Netflix’s acclaimed global hit series, The Crown, Margaret (Vanessa Kirby) re-emerged as the most controversial and enigmatic member of the Royal Family. Craig Brown’s recent best-selling Ma’am Darling reinforces how infuriating yet compelling her story still is. A Princess Undone – inspired by actual events – sheds new light on the last real princess.

The cast is led by Felicity Dean as HRH The Princess Margaret, with rising young actor Alexander Knox (It Is Easy To Be Dead), the play’s author Richard Stirling as the Queen Mother’s butler William Tallon (aka ‘Backstairs Billy’), and Patrick Toomey (RSC) as the infamous John Bindon.

Felicity Dean has co-starred on screen with some of the world’s leading actors, in The Prince and the Pauper, Mike Leigh’s Who’s Who, Joseph Losey’s Steaming (Vanessa Redgrave), Revolution (Al Pacino) and The Whistle Blower (Michael Caine). In 1982, she created the role of Annie in CP Taylor’s Good (London and Broadway) for the RSC, for whom she also appeared in Twelfth Night (Olivia), Jonathan Miller’s The Taming of the Shrew (Bianca) and The Churchill Play.