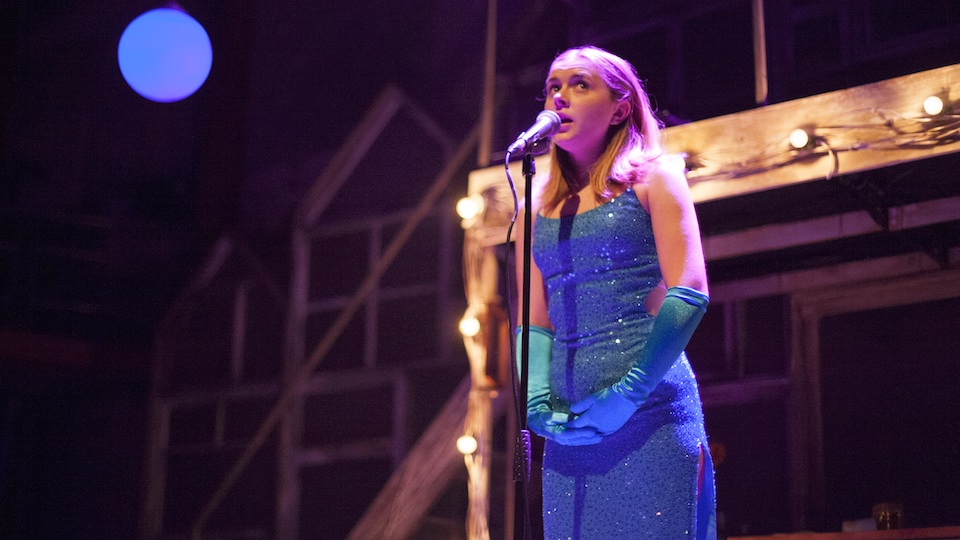 Who else has felt the sound of their own voice being drowned out? We live in a world where everybody wants to be heard. Have you ever been rejected? Or have you ever felt that your opinion doesn’t matter? Welcome to the world of Little Voice. The beauty of the play, is that it appeals to everybody. The play is full characters that everybody can relate to. It is set in a working class household in Northern Yorkshire, and it instantly projects warmth and closeness.

The pairing of Sally George and Rafaella Hutchison are a coup for the production. They are the first real-life mother and daughter pairing to play the roles of Mari and Little Voice. This is an exclusive to the Park Theatre. You may also recognise them from the small screen, having previously worked together on ITV’s Heartbeat.

Little Voice (Rafaella Hutchison, daughter) and Mari (Sally George, mother) play the mother and daughter dynamic with realness and an enormous amount of humour. Sally George is absolutely outstanding. Her out of control/honest/flawed/shenanigans-a-plenty/hilarious mother – contrasts perfectly against Little Voice. Little Voice’s bored, fed-up, uncommunicative character is the polar opposite. Jaime-Rose Mon as the neighbour next door adds to many hilarious scenes. Her laid-back, horizontal character who eats anything in sight in Mari’s grotty kitchen, brings a lot of joy whenever she is on stage. Her dance scene with Mari across the living room to Jackson 5, is one of many moments that my sides hurt from laughing.

We watch Little Voice’s reclusive existence getting a shaken up. From playing records in her bedroom, to being made to sing on stage by the help one of Mari’s suitors. One could almost feel the pain that she must have felt before walking on to the stage. The nervous energy, the fear, the hesitation. Someone well and truly so very far removed from her comfort zone. The entire play is acted perfectly by the cast and the story flows from each scene. The characters all seal a special place in the hearts of the audience and it is a wonderful story.

Once again, Park Theatre stages a little gem in Little Voice. If you’re not laughing until your sides ache, you’re empathising / agreeing / rooting for them. In essence, you really care about them. That’s what makes this play special. This is a wonderful production, with a really outstanding cast.