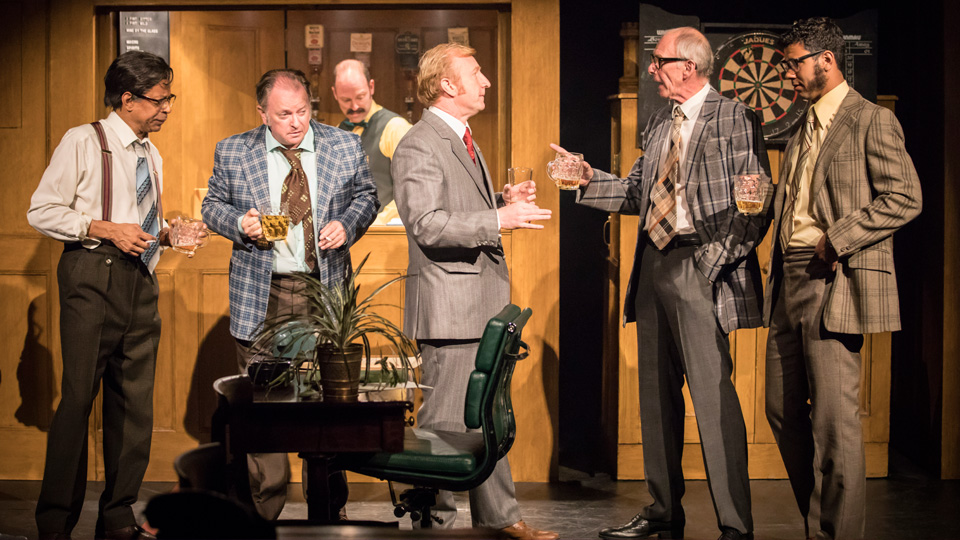 The company in THIS HOUSE at Chichester Festival Theatre. Photo by Johan Persson.

This February, James Graham’s lauded drama This House will open at West Yorkshire Playhouse in a co-production with the National Theatre and Chichester Festival Theatre.

Presented on tour by Jonathan Church Productions and Headlong, Graham’s prescient political drama travels back to 1974 and the corridors of power within Westminster.

In an era of chaos – both hilarious and shocking – there are fist fights in the parliamentary bars. High-stakes tricks and games are played, and sick MPs are carried through the lobby to register their crucial votes as the government hangs by a thread…

This House strips politics down to the practical realities of those behind the scenes; the whips who roll up their sleeves, and on occasion bend the rules, to shepherd and coerce a diverse chorus of MPs within the Mother of all Parliaments.

Directed by Jeremy Herrin with Jonathan O’Boyle, the production has lighting design by Paule Constable and Ben Pickersgill on tour, with music by Stephen Warbeck, choreography by Scott Ambler and sound by Ian Dickinson.

This House opens at West Yorkshire Playhouse on Friday 23rd February and runs through to Saturday 10th March. Book online at wyp.org.uk or call the box office 0113 213 7700.