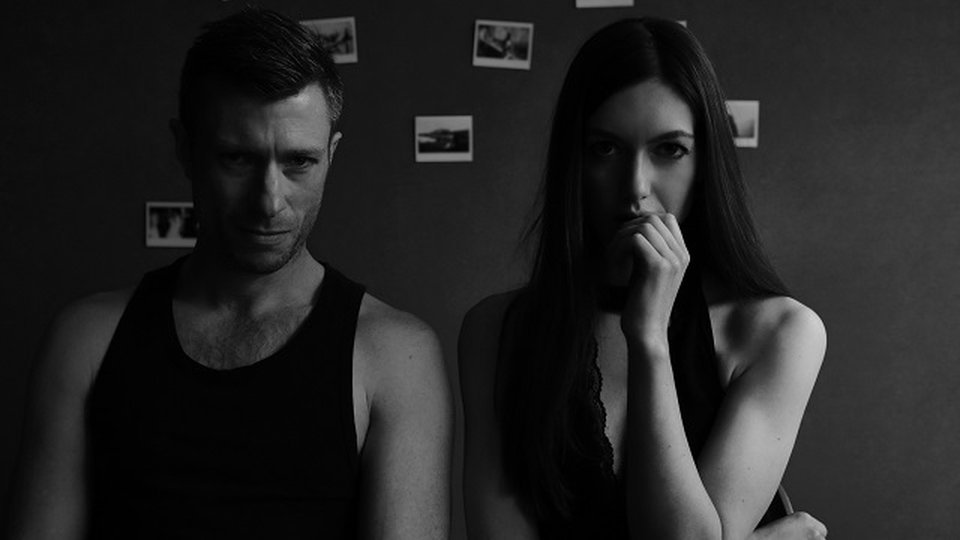 The punters propping up the bar of The Oxford Arms last night were oblivious to the strange events unfolding overhead in the Etcetera Theatre. Dark Room, a twisted tale of what goes on behind closed doors from writer and actor, Jim Mannering, was fiendishly good voyeurism.

Showing as part of this year’s Camden Fringe season, the one hour long play runs to just the right length for the humid confines of a pub theatre. That said, the narrative may leave you sweating wherever it’s staged.

A squabbling trio, known as ‘A’, ‘B’ and ‘C’, secretly congregates in the basement of a house, week after week, to share a passion for photography and other creative ‘interests’. Deciding to swell their ranks, they welcome a ‘newbie’ to the group: ‘D’ is a handsome, local lad with boundless enthusiasm and plenty of suggestions for the clandestine club. Simmering jealousy and anger threaten to over-boil as the foursome starts planning an ambitious project, and… are you yawning yet? Stop.

The eruption of an emotional volcano is not what anyone should expect in Dark Room. Nothing is as it seems – this is a Camden Fringe show, after all. Modestly staged with only four characters, sparse furniture and props, Dark Room is a cunning production, in both presentation and plot.

The show’s humour is understandably dry, and I experienced more goose-bumps than guffaws, but Mannering’s characters were bewitchingly intriguing. The playwright gave an outstanding performance as the nervy ‘B’, a permanently enraged, ticking time-bomb who enjoys taunting ‘D’. Arthur Cull’s newbie was captivatingly likeable, in spite of his repulsive interests, and Roger Parkins found the perfect balance of calm and authority for the club’s meticulously organised, over-cautious founder, ‘A’.

Less convincing was Rebecca Finch, who along with the role of ‘C’, serves as co-producer of the play with Mannering. She occasionally over-egged her part, turning a beguiling femme fatale into a glaring caricature. This may have been a consequence of the narrative rushing to shoe-horn ‘C’’s relationships neatly into Dark Room’s duration, and I wonder if an extra five minutes would help the character overall.

I worked out the play’s plot twist, thanks to a hint from one of the characters, less than a quarter of the way through the production but, judging by their shock at the end of the hour, most of the audience had no inkling of what was to come. There are sufficient clues in the script and, of course, red herrings, so it’s wise to stay sharp.

Fascinatingly compelling, Dark Room is an invitation to rubberneck that you’d be a fool to decline.