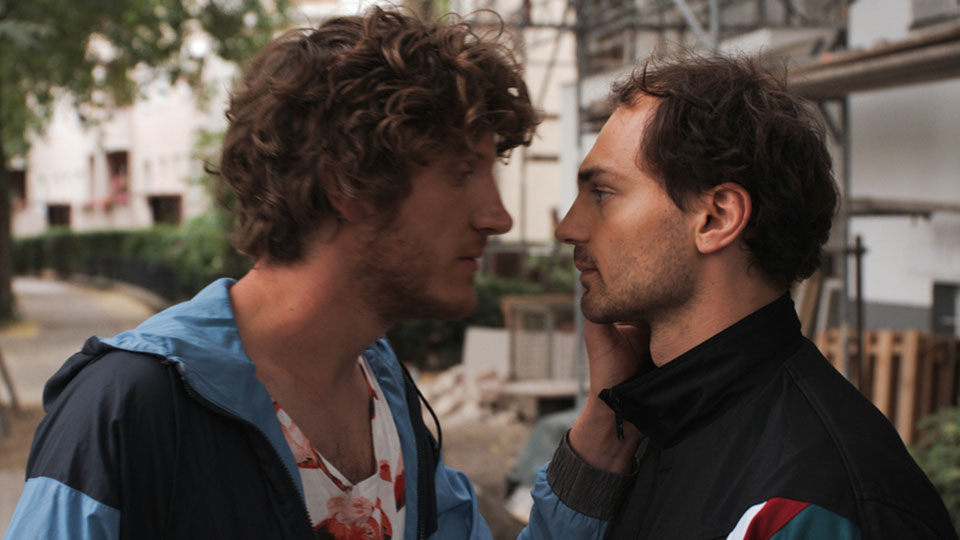 Male nurse Lars (Bozidar Kocevski) and his boyfriend Roland (Heiner Bomhard) move to Berlin together and decide to renovate an apartment that they can live in together. While Roland is blissfully unaware that there are issues in his relationship, Lars discovers liquid ecstasy which leads to a deadly obsession of drugging and killing gay men.

Made by German activist Rosa von Praunheim, Dark Room is based on the real-life case of Dirk P, a gay serial killer who killed three men in Berlin using a similar method to what we see Lars using in the film. Dark Room aims to uncover the reasons why a person would do something so heinous but it never quite digs deep enough to answer the questions it poses.

What Praunheim does incredibly well is present Lars as a normal, average every day man. There’s nothing remarkable or suspicious about him on the surface, and it’s chilling that the character lives a normal life to the outward world while hiding such a dark secret internally. Roland, who dreams of becoming a musician, has no idea what Lars is up to, even when friends close to them start dying one-by-one. That’s a point that’s picked up in the present-day narrative, which sees Lars in court being tried for his crimes and Roland breaking down realising he should have suspected something.

The film flits between narratives showing Lars at various stages in his life. We see his difficult relationship with his grandmother (Christiane Ziehl), someone who ended up being his first victim and that he stole from in order to fund his move to Berlin. Her lack of acceptance of his sexuality sowed seeds that don’t bear fruit until he’s exposed to the darker side of the gay scene in Berlin. The jumping back-and-forth to the court scenes works fairly well but it does make the film feel a little disjointed in places.

There’s a good idea in Dark Room but it’s not executed with as much depth or seriousness as the subject requires. There are elements that work well, Bozidar Kocevski’s performance being one of them, but the film has a little too much sheen for such a dark subject. I’d have liked to really dig under Lars’ skin and flesh out his world a little more, to really try and get into his mindset and understand his motives. As a flash-in-the-pan drama Dark Room is entertaining enough but it’s not as hard-hitting as it should have been.