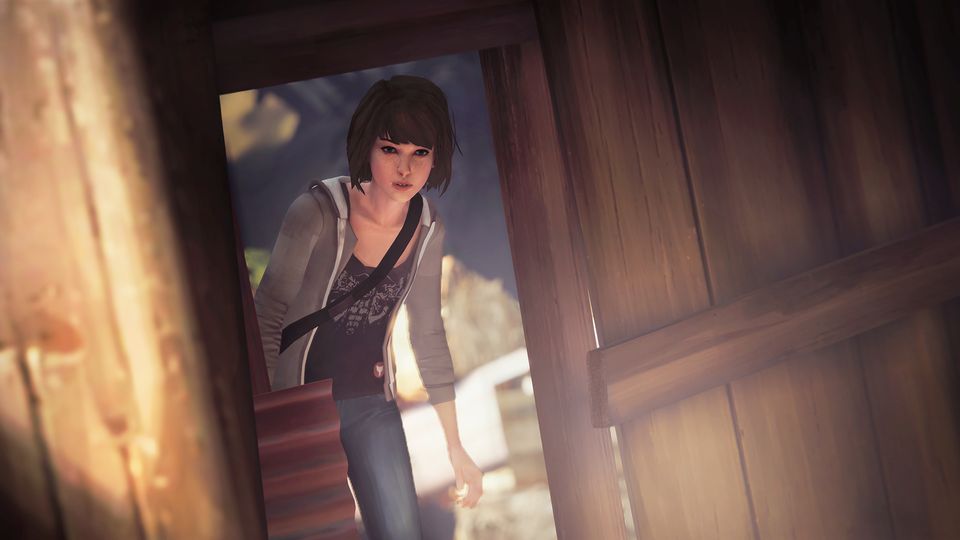 If you haven’t played the first three episodes of Life is Strange we would suggest you do so before reading this review to avoid potential spoilers.

Having played through the first three episodes of Life is Strange we’ve been keen to get stuck into episode four. The game impressed right from the first episode and has had us hooked since. The developers have crafted detailed locations with believable characters that we can all relate to. Even more impressive is how they have woven difficult issues into the story and allowed players to make decisions around them.

The decisions players make as protagonist Max Caulfield are important and shape the story. Saying too much about the story in this review would really spoil things for players and we prefer to avoid doing that. The end of the second episode really left players shocked and the third managed to be even more emotional. The fourth episode is titled Dark Room and picks up where episode three left off.

In episode 1 Max discovered that she has a special power that allows her to rewind time. Much of the second and third episodes allowed us to play with this power and we began to really feel comfortable with it. However Max also discovers that it can be unpredictable and can’t always be relied upon to work on demand.

Episode 3 really threw a huge twist in at the end. Max discovered that she can also jump back to specific points in time. Every action in life has a consequence however small and over time these consequences ripple out causing more and more changes. Going back a few seconds and changing a decision can appear to have little to no effect. However going back a long way in time and changing something can eventually have huge consequences resulting in very different outcomes for those involved.

After discovering this different ability in episode 3 Max thinks she’s helping her best friend Chloe out. Instead her meddling in time result in life-changing consequences for Chloe. This leaves Max with the dilemma of wondering if she’s done the right thing and also what can she do to fix it.

Episode 4 also sees Max and Chloe working together on uncovering the mysteries behind the goings on at Blackwell Academy. In particular they are trying to get closer to the truth behind the disappearance of Rachel Amber.

With only one episode to go we presume we’ve now met the majority of the cast. Most of the characters from previous episodes crop up again in episode 4. This give us a chance to learn more about them and to develop Max’s relationship with each of them further.

Puzzles also feature again and these often require the use of Max’s rewind abilities. This time around there is one bigger puzzle that has you trying to piece together lots of evidence in order to progress. We quite enjoyed this puzzle and found it fairly straight forward after a little head-scratching. However we do feel that some players may struggle with it and find it frustrating.

With so much going on we were pleased to see the inclusion of plenty of the quieter moments again. These have been present all the way through the series so far and allow you to just sit quietly and reflect on what is happening. Dontnod has done a wonderful job with these and we’ve often found ourselves sat for long periods of time just thinking about our choices while enjoying the music and cinematography.

Episode 4 is by far the darkest so far and features some uncomfortable moments. The story has moved way beyond what we expected of the game at the start and it still has us guessing as to where it will all end. We’ll surely be thinking about the events of episode 4 and its cliffhanger ending right up until episode 5 is available. Hopefully Dontnod don’t make us wait too long.