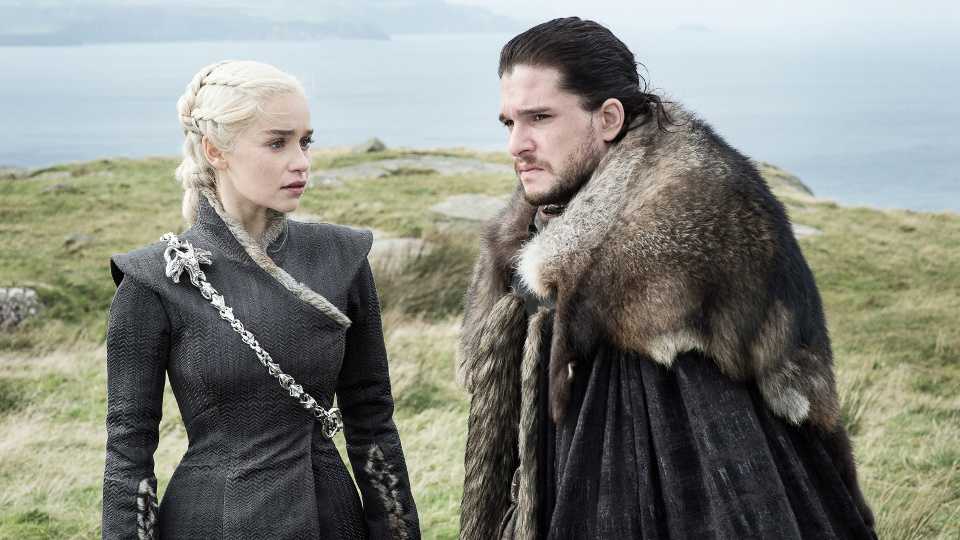 Following on from Game of Thrones 7×04 The Spoils of War and the questions it left us with, we have the official preview images from 7×05 Eastwatch below.

The fifth episode is written by showrunners David Benioff & D. B. Weiss with Matt Shakman in the director’s chair for the second time. The episode is titled Eastwatch and here’s the synopsis:

Daenerys demands loyalty from the surviving Lannister soldiers; Jon heeds Bran’s warning about White Walkers on the move; Cersei vows to vanquish anyone or anything that stands in her way.

Check out a selection of official images from 7×05 Eastwatch in our gallery:

As usual images don’t give too much away but they do give some hints of what to expect from the episode. There are shots from Dragonstone, the Reach, the Citadel and King’s Landing.

It looks like we’re going to see the aftermath of the battle between Daenerys (Emilia Clarke) and the Lannister army. Tyrion (Peter Dinklage) can be seen surveying the destruction. Like us, we’re sure he’s keen to know if his brother Jaime (Nikolaj Coster-Waldau) survived. Also at the Reach it looks like Dany will address the few surviving Lannister soldiers to demand they pledge their allegiance to her.

At King’s Landing, there’s a shot of Cersei (Lena Headey) sat on the edge of her bed. Maybe she’s just got the news about the Lannister army. As the synopsis hints, that loss is unlikely to deter her.

There are a few shots from Dragonstone. These show Dany and Jon Snow (Kit Harington) discussing something, presumably the threat coming from beyond the Wall? Varys (Conleth Hill) still looks a little shaken from his encounter with Melisandre (Carice van Houten). He’s also seen talking to Tyrion and we’re presuming they are raising their concerns about Dany.

Finally there’s a shot of Samwell Tarly (John Bradley-West) and Gilly (Hannah Murray) at the Citadel. They appear to be getting stuck into some of the tomes. Will they discover some more useful information to help Jon?

To see our analysis of the episode 5 trailer read our Game of Thrones 7×05 Eastwatch preview. We’ll have a recap of the episode after it has aired as well as a preview of the next episode.

Watch the official preview trailer from HBO for Game of Thrones 7×05 Eastwatch below:

Let us know your predictions and expectations for episode 5 in the comments below.