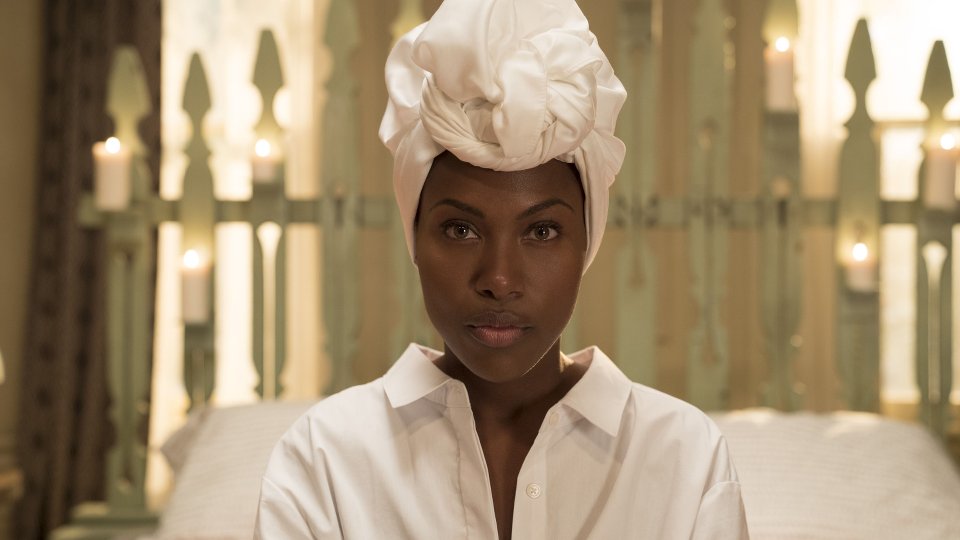 The first-look images have been released for Spike Lee’s forthcoming Netflix series She’s Gotta Have It.

31 years after releasing his breakthrough film of the same name, Spike Lee is giving She’s Gotta Have It a topical and timely update. DeWanda Wise (Shots Fired) will play the central role of Nola Darling and is joined by a cast that includes Margot Bingham (Barbershop 3), Chyna Layne (Precious) and Elise Hudson.

The seriously sexy comedy stars breakout actress DeWanda Wise as Nola Darling, an uncompromising woman in her late twenties struggling to define herself and divide her time among her Friends, her Job and her Three Lovers: The Cultured Model, Greer Childs, The Protective Investment Banker, Jamie Overstreet and Da Original B-Boy Sneakerhead, Mars Blackmon. Nola is not who you want her to be. Nola is now—she is outspoken, complicated, progressive, unapologetic, passionate, sexual.

Spike Lee directs all 10 episodes of the series and he produced it too. Tonya Lewis Lee is Executive Producer. Barry Michael Cooper and Lynn Nottage are also Producers.

She’s Gotta Have It will debut globally on 23rd November 2017.

Take a look at the first photos from She’s Gotta Have It in our gallery below:

Advertisement. Scroll to continue reading.
In this article:Netflix, She's Gotta Have It, Spike Lee