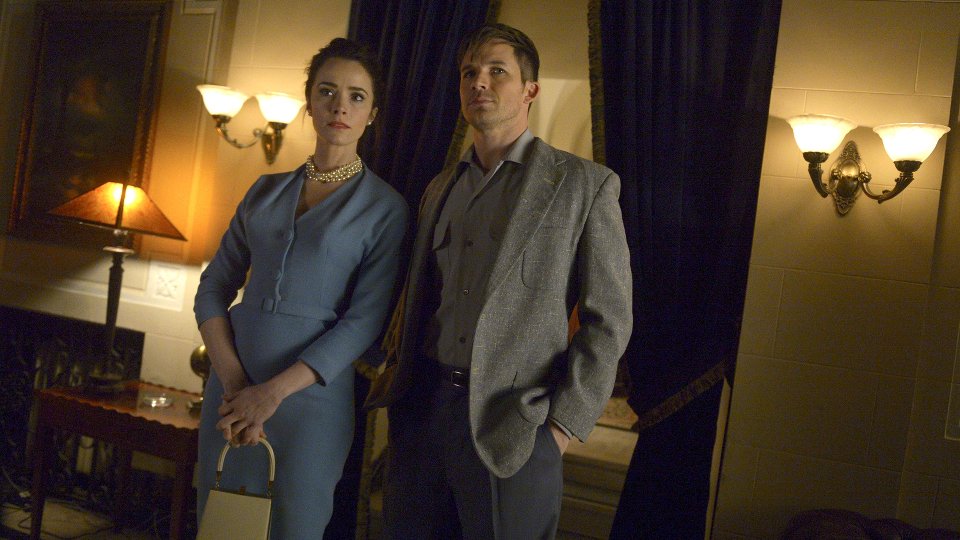 Agent Neville (Jim Beaver) assigned Rufus and Lucy, along with a new soldier, to travel to 1962 Houston to erase Flynn (Goran Višnjić) by killing his mother. Instead of doing what they were told, Rufus and Lucy reunited with Wyatt and jumped to 1931 Chicago to continue their pursuit of Flynn.

The team joined forces with Eliot Ness (Misha Collins) to bring Al Capone (Cameron Gharaee) to justice but Flynn’s interference ended up in Eliot being killed before his time. That forced them to seek out Capone’s brother Jimmy (Mather Zickel) who reluctantly agreed to help them.

Accompanying Jimmy, the team met with Capone but things went wrong when Jimmy tried to arrest his brother. A shootout ensued resulting in Capone’s death and Rufus being gravely injured.

Before the shootout it was revealed that Flynn was heading to 1954 as a Rittenhouse meeting was being held.

Elsewhere in the episode Jiya (Claudia Doumit) was questioned by Mason (Joseph Paterson) and Agent Neville, and she ran interference to make sure they couldn’t track the Lifeboat.

The season finale is The Red Scare. The team chase Flynn back to 1954 en route to a once-in-a-generation meeting of Rittenhouse leaders, while Lucy risks making the ultimate sacrifice.

Tune in to E4 HD at 9pm on Wednesday to see the episode. Preview it with our gallery and the promo below: