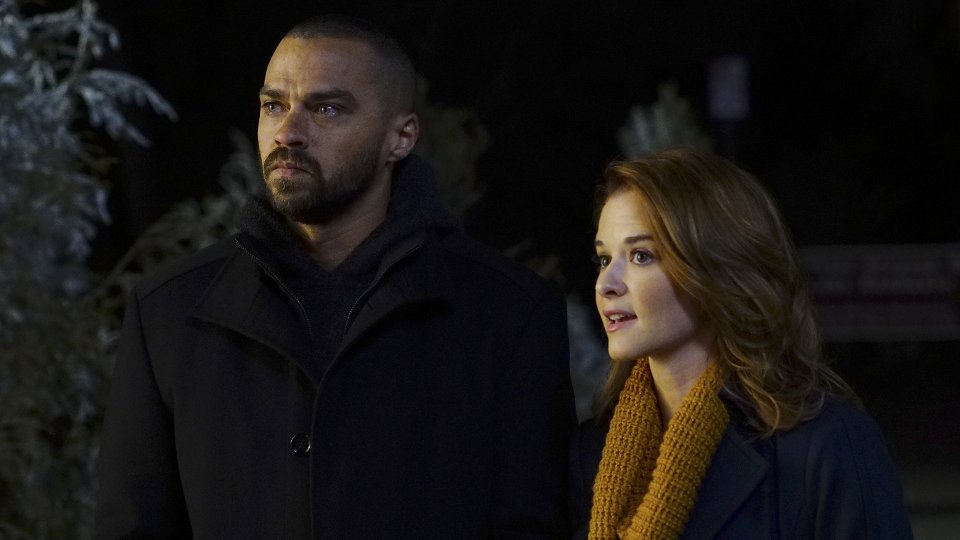 DeLuca (Giacomo Gianniotti) found himself between a rock and a hard place once again on the latest episode of Grey’s Anatomy.

After making peace (sort of) with Alex (Justin Chambers), DeLuca found himself in the middle of a battle between Alex and Riggs (Martin Henderson). The two doctors clashed over the best way to proceed with the case of a newborn baby with a heart defect.

DeLuca was given different orders by both doctors and had to decide who he should listen to; Alex wanted to do a very risky surgery but Riggs wanted to put the baby on the donor recipient list. Alex complained to Meredith (Ellen Pompeo) about Riggs and her attempt to interfere only made matters worse.

Eventually DeLuca sided with Riggs, upsetting Alex who called Maggie (Kelly McCreary) to overrule Riggs. Maggie told the doctors to sort out their problems between them and refused to intervene.

Meanwhile Richard (James Pickens Jr.), Catherine (Debbie Allen), April (Sarah Drew) and Jackson (Jesse Williams) were forced to work together on a case, which awkward when Catherine decided to try and sort out her marriage to Richard publicly.

Elsewhere Richard found out that Arizona (Jessica Capshaw) was secretly seeing Minnick (Marika Dominczyk) after walking in on them kissing. Riggs gave Meredith an ultimatum about their relationship.

The next episode of the season is Who Is He (And What Is He To You)? Jackson and April travel to Montana in order to perform surgery on a young patient, but Jackson’s mind is elsewhere.