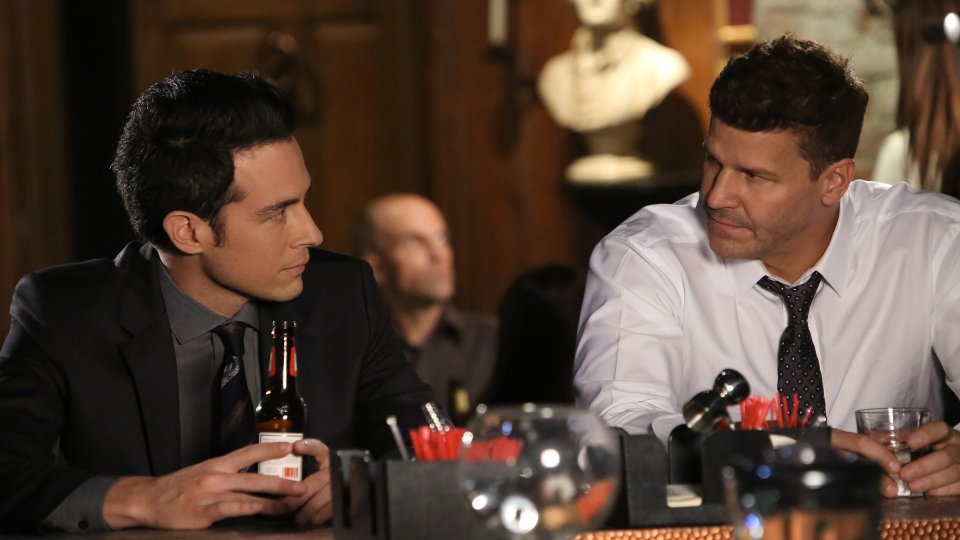 The team’s latest murder case led Booth, Brennan and Aubrey (John Boyd) to a demolition derby competition. Embracing their opportunity to go undercover once again, the trio started gathering evidence and speaking to participants to find out who was responsible for the murder.

Elsewhere Dr. Gordon Wyatt (Stephen Fry) returns to assist Hodgins (T.J. Thyne) in the Gormogon case. They managed to located the remains of the Gormogon’s former apprentice, which could get Zach (Eric Millegan) released.

Also Rodolfo (Ignacio Serricchio) received his doctorate and was given a personalised uniform by Cam (Tamara Taylor) but he revealed it was time for him to leave the team and pursue his career elsewhere.

The next episode of the season is The Radioactive Panthers in the Party. The team investigates the death of an aspiring director and the odd characters attached to his film.