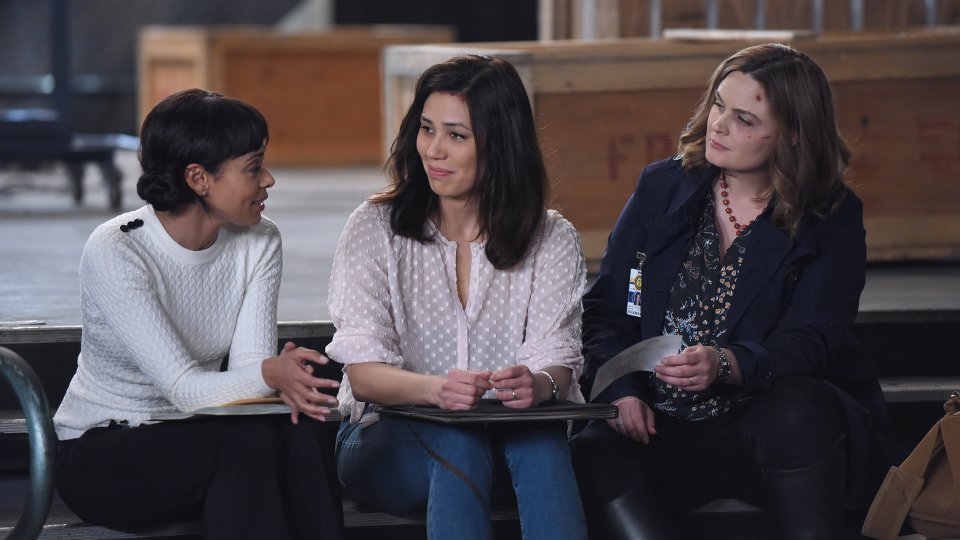 The penultimate episode of Bones ended with a bang… literally!

Brennan (Emily Deschanel), Booth (David Boreanaz), Angela (Michaela Conlin) and Hodgins (T.J. Thyne) were trapped inside the Jeffersonian when a bomb planted by Kovac exploded, leaving all of their lives hanging in the balance.

The moments leading up to that saw Cam (Tamara Taylor) and Arastoo (Pej Vahdat) get married and the various members of the Jeffersonian Team dealing with a deathly shadow cast by psychic Avalon (Cyndi Lauper) who believed Brennan to be in danger.

The team raced against time to try and find Kovac, and just as Brennan had the evidence she needed to locate him, the bomb went off in the Jeffersonian after Booth failed to disarm it.

Elsewhere in the episode Aubrey (John Boyd) asked Jessica (Laura Spencer) to move to Los Angeles with him and she chose to break up with him instead. Also Zack (Eric Millegan) had his hearing and his sentence was reduced to 13 months and the murder charge reversed.

The series finale is The End in the End. In the last ever episode of Bones, the team use everything they have ever learned from Brennan to stop Kovac once and for all.