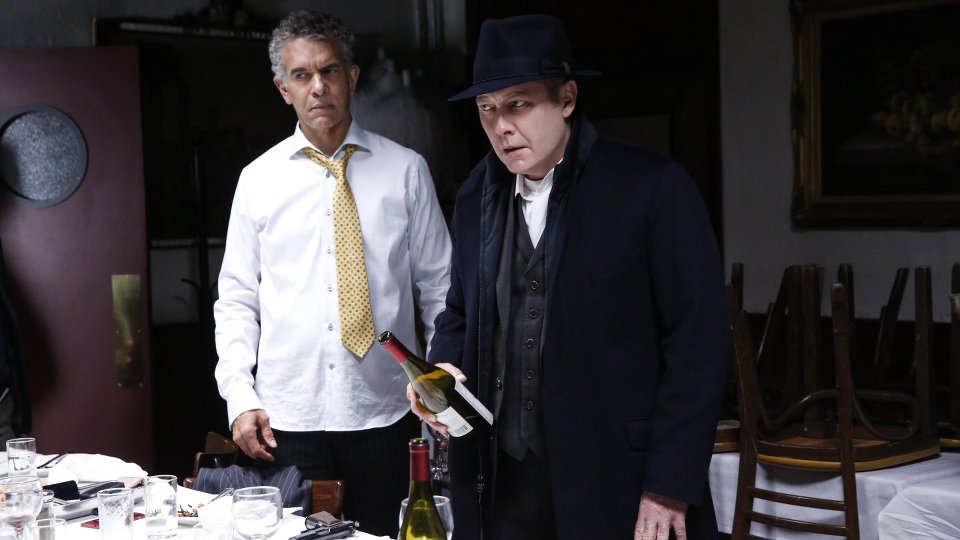 Aram (Amir Arison) went undercover to help locate a Blacklister on the latest episode of The Blacklist.

Known as ‘the Architect’ (Brent Spiner), the crime lord used hackers to orchestrate crimes for profit. Once he got into the inner circle, Aram was surprised to see his ex-girlfriend Elise (Annie Heise) and the two were forced to work together.

The Architect launched an attack on a prison in order to release a prisoner on death row and Aram tried to secretly send his location to the Task Force. He was caught but when the Task Force showed up, The Architect attempted to make a getaway. Aram picked up a bazooka and blew up the car The Architect was in, ending his reign of terror!

Elsewhere Reddington (James Spader) interrogated Isabella Stone (Melora Hardin) to find out who is trying to sabotage him and Tom (Ryan Eggold) dug deeper into this past.

The next episode of the season is The Apothecary. Red has to figure out who betrayed him when he’s poisoned; Liz and the task force look for the toxin’s designer to save Red’s life.

Tune in to Sky 1 HD at 9pm on Wednesday to see the episode. Preview it with our gallery below: