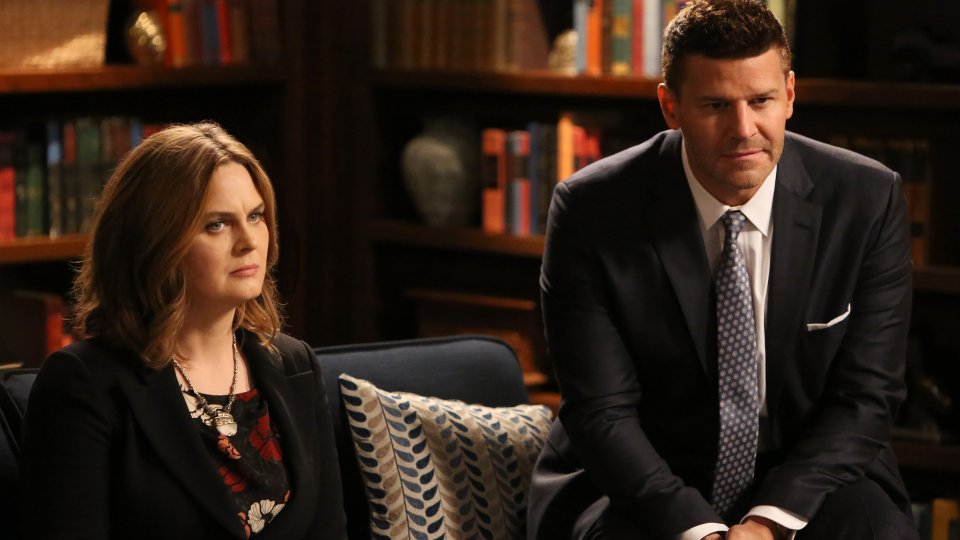 After 12 years of solving murders, Bones came to an end earlier this year with a shortened twelfth season. Comprising 12 episodes rather than the usual 22, Bones brought the story of forensic anthropologist Temperance Brennan (Emily Deschanel) and her partner in crime Seeley Booth (David Boreanaz) to a close. Announced as the final season, Bones was able to end in the way it wanted, tying up all of the loose ends before it bid adieu.

Season 12 picks up where season 11 ended with the shock return of Zack Addy (Eric Millegan), Brennan’s former assistant who was locked up for the murder of a lobbyist in season 3. Zack’s return is a major storyline throughout the final 12 episodes as it transpires that he may not actually have killed anyone after all and he needs the help of Brennan and the team at the Jeffersonian to prove his innocence.

In many ways Bones final season is a love letter to the fans. Without going into too much detail, so as not to spoil any surprises, there are plenty of familiar faces that return over the 12 episodes. Reducing the episode count to 12 really benefits the final season and allows it to play to its strengths without worrying about how to stretch the season over 22 episodes. Bones has always loosely had a season arc so it’s nice to see a stronger storytelling connection throughout these episodes.

Alongside Zack’s return, the final season focuses on Booth who is being targeted by someone connected to his past as an army sniper. That storyline serves up a few shocks and I felt it came to a satisfying conclusion. It’s also nice to see Boreanaz getting some meatier material in the show’s final episodes.

Of course with Bones being Bones there are standalone episodes and some wacky moments. The sixth episode, The Flaw in the Saw, sees Brennan and Booth go undercover (something that the characters love to do) at a lumberjack competition to find out who killed a female lumberjack. Episodes like this one allow Deschanel and Boreanaz to explore their comedic abilities and they never disappoint.

Elsewhere in the season Aubrey (John Boyd) faces up to his past when his con-man father resurfaces, Angela (Michaela Conlin) and Hodgins (T.J. Thyne) consider their future and there’s a wedding on the cards for Cam (Tamara Taylor) and Arastoo (Pej Vahdat). The season makes sure to give most of the squinterns screen time too (well the ones that are still alive of course!).

Special features on the release include a Bones retrospective ‘Back to the Lab’ and a gag reel.

Bones: The Complete Twelfth Season is really bittersweet. On the one hand 12 years is a really good run for any show but on the other hand it’s the kind of show that could live on and on. Boreanaz recently ruled out a revival in the future but stranger things have happened. If season 12 truly is the show’s last hurrah then it did itself proud and fans will be very happy with the conclusion. I’m just going to be sad that we won’t have any new Brennan and Booth adventures to look forward to come autumn.