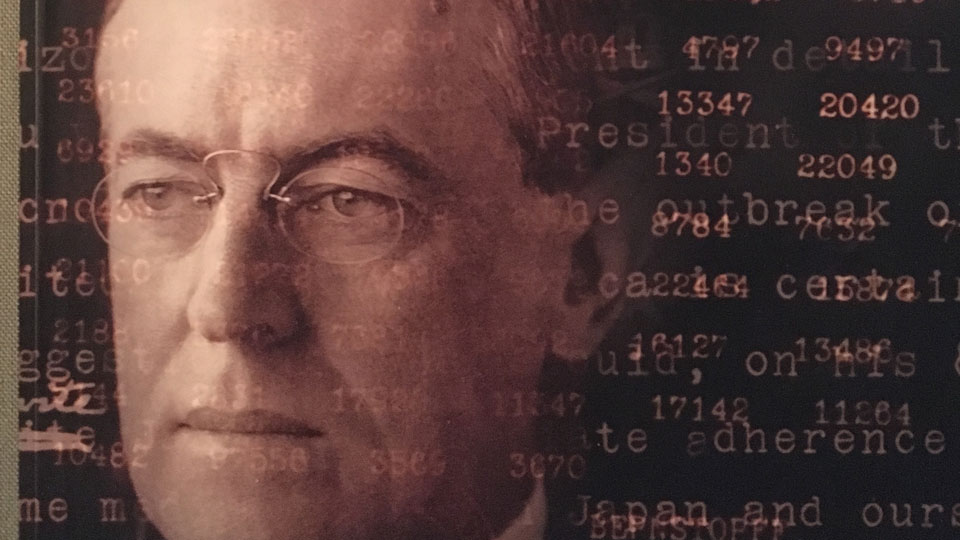 When thinking about the dreadful conflict of World War One, Europeans tend not to think about the vital part the Americans played in defeating the Germans. Instead, we view them in that time much as we do now: as a superpower that chooses military intervention carefully, especially on foreign soil. Yet their decisive role in WWI may never have happened at all, had it not been (like so much of history) for a simple twist of fate – and that’s the subject matter of The Zimmermann Telegram, Barbara Tuchman’s 1958 book.

On 19th January, 1917, British intelligence intercepted and decoded a telegram from the German Foreign Minister, Arthur Zimmermann, which had been intended for the German ambassador to Mexico (this edition is published to commemorate the centenary of the event). The contents of the telegram told of the German intention to engage in unrestricted submarine warfare against their opponents, suggesting that if this dragged the US into the conflict, then Germany could ally themselves to Mexico against the US to reclaim territories, with the support of Japan.

The fallout from the decoded telegram was monumental, and Tuchman’s narrative, which opens with the triumph of code cracking for British intelligence, then goes into some detail about the state of US/Mexican relations. Modern readers who may view the Trump presidency as reaching an all-time high in tensions between the neighbouring countries will do well to read Tuchman’s account. The chapters bring to life General Victoriano Huerta, the colourful Mexican president, who leaps off the page rather more than his rather worthy American equivalent, Woodrow Wilson.

As with WWII, American intervention in the war was against the President’s intentions, and against the will of the American people. Whereas WWII had Pearl Harbour, a decisive incident that brought the Americans into the war, the WWI equivalent is the Zimmermann Telegram, which began to change American perceptions about the war, and their ability to stay out of it, as well as an increasing feeling that it was in their best interests be involved. “This country does not intend to become involved in war. It would be a crime against civilisation for us to go into it,” Wilson said. The pages that follow recount how his position was eventually reversed.

Tuchman’s story also details the political ramifications of what might have happened if the US hadn’t declared war on Germany in the later stages of WWI, which might have seen the conflict drag out much longer. As such, it’s a fascinating and vivid historical account. The only sections that don’t read well are where Tuchman’s prose is dry with a little too much detail about events, and not enough colour about what those events meant for the people of the nations in conflict.

Despite that, the book is relatively short, and almost entirely devoid of digressions on anything apart from the consequences for the parties on both sides of the explosive telegram. This lends it an intensity and a focus. It’s beautifully illustrated throughout with photographic page inserts featuring portraits of the key players, including the man who started it all – Arthur Zimmermann – across from the title page, a copy of the telegram, and, an especial boon for espionage buffs, an appendix detailing the decoded text, including the original code.

If you’re interested in Twentieth Century history, and the key players in WWI, as well as in a part of the story seldom told, The Zimmermann Telegram is full of interesting historical facts arranged into a narrative that will keep you hooked.