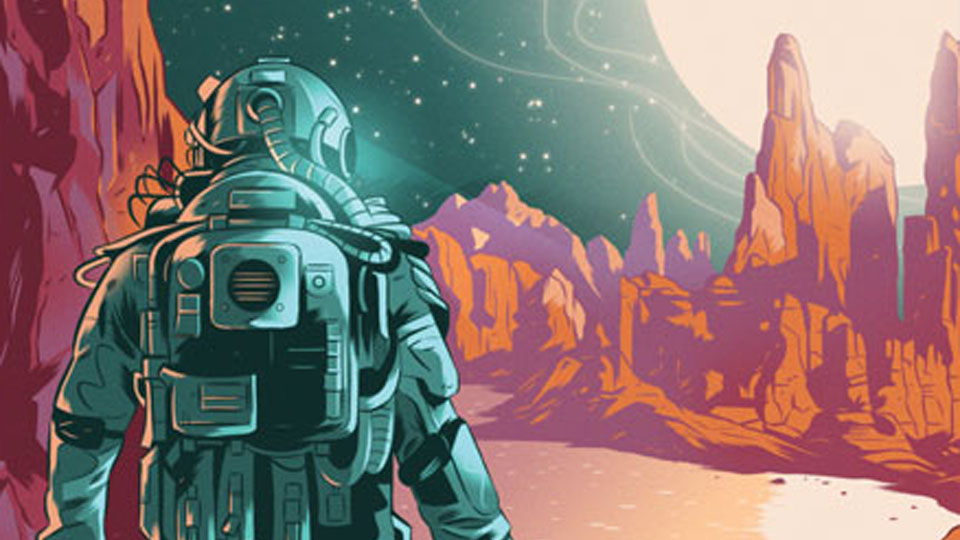 If you only ever read one science-fiction novel, then Isaac Asimov’s 1950 classic I, Robot would be a great title to choose. Its strong concepts, well ahead of their time, were pioneering in the genre and have inspired writers in every generation since.

Perhaps you’ve heard of the three laws of robotics? i) It must not injure a human, ii) it must obey humans (without contravening the first) and iii) it must protect its own existence (without contravening either or both of the first two). These ideas became a staple of science-fiction, especially in dystopian visions of the future where these laws no longer hold. Star Trek has borrowed heavily from Asimov’s ideas – you’ll also find talk of positronic brains amongst these pages.

In the main character of I, Robot, Dr Susan Calvin (how ahead of its time not only to have a female protagonist but also one who is a leading scientist!), Asimov has quite deliberately created a cold fish who often strikes the reader as a calculating machine, leaving the robot characters far more emotional and, well, human. It’s a highly effective device and was used again by Clarke and later Kubrick with Hal 9000 in 2001: A Space Odyssey.

I, Robot isn’t a novel. It’s a series of nine interlinked short stories, narrated to a journalist by Susan Calvin, who appears in several of the plots herself. Many of the stories are profound and prescient. Handing moral dilemmas to robots; questioning whether or not it’s possible to reach a time when humans and robots are truly indistinguishable (the ‘Turing Test’); how robots can help us reach and colonize Mars and what to do when robots out think people – all these ideas that have been thoroughly explored in the genre in the intervening six decades since the book was published, but they find original expression here.

Even more disconcertingly, Asimov is startlingly correct with the ‘futuristic’ timeline of his narrative. The stories take place between the 1980s and the mid-Twenty-First Century. We now live in a time when automation threatens millions of jobs – self-driving cars are in their infancy and seem the next logical step. Economists and social historians are now concerning themselves with the impact automation will have on young people entering the workforce in twenty years’ time, and on the way education needs to adapt to cope with our changing times. Asimov foresaw all of this in 1950, and guessed the timeframe for it fairly accurately.

The writer’s achievements are in the concepts. Undoubtedly, the brilliance of Asimov’s imagination and his ability to see the direction the world was taking make I, Robot a classic, rather than its literary merits. Although he’s certainly a great storyteller, there are patches of poor dialogue and exposition-heavy prose that take a little shine from the book. Plus, some of the stories are more engrossing than others, and in general, the earlier ones (chronologically written earlier) are stronger than the later ones.

I, Robot gets off to a flying start with Robbie, a story about Gloria, a little girl whose best friend is a robot. Her mother worries that Gloria should be playing with human children, but the girl and the robot are inseparable. How can the child not see that the robot is just an inanimate machine, the mother wonders? How can the mother not see that Gloria loves Robbie as much as she could love a person? It’s a beautifully poised conflict.

The story Liar! is also incredibly powerful. In it, we see the worst of Susan Calvin, who exacts a terrible revenge upon the robot Herbie by giving him an insoluble dilemma, which the robot cannot cope with. Why? Because the robot lied to her in order to avoid causing her hurt… If you think you can’t feel sorry for a machine, think again.

In keeping with the books in the Folio Society’s range, I, Robot is hardback and presented in a card slipcase. It’s also illustrated with seven full-colour paintings by Alex Wells. The image of a distressed Herbie is unforgettable. I, Robot is part of the latest catalogue and is a beautiful edition of the book that all collectors and admirers of Asimov’s work will love.