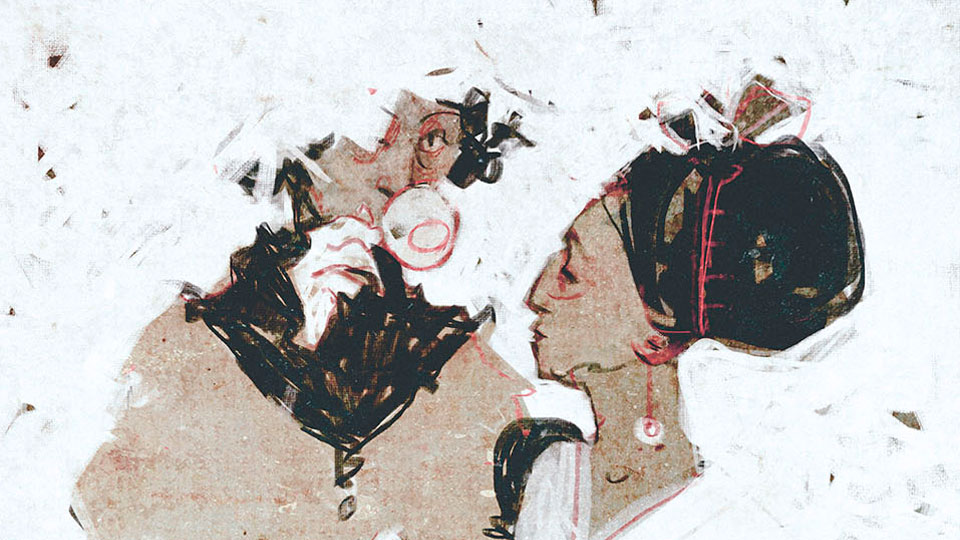 The Folio Society and House of Illustration are thrilled to announce Darya Shnykina as the winner of the sixth annual Book Illustration Competition. Darya was presented with her prize, a prestigious commission worth £5,000 to illustrate Jane Austen’s Mansfield Park by eminent historian Lucy Worsley, at an exclusive ceremony held at House of Illustration on Thursday, 23rd February.

Shnykina’s winning entry was selected from hundreds of other entries and her illustrations won high praise from the judging panel. Darya is a student of the Moscow State University of Printing Arts. The rest of the shortlist who each receive a £500 prize are Natasa Ilincic (Italy), Katie Ponder (UK), Meizhen Xu (Germany), Alexandru Savescu (Romania) and Pedro Silmon (UK).

At the ceremony, Lucy Worsley said “Darya did the perfect cover: fitting in beautifully with the rest of the series, charming to look at, clever with the layering, and bold. But we were equally charmed by her illustrations for inside which managed to suggest character and some of the powerful feelings in the novel, like anger and disappointment.”

Folio Society Art Director, Sheri Gee commented: “The winner was a hands down unanimous decision. Taking all things into account we found the binding design exquisite and were all very taken with the illustration style. It has a delightful palette without any saccharine overtones. The scenes are both original and forthright in their composition. I look forward to working with Darya on the rest of the commission.”

Colin McKenzie, Director of House of illustration, said: “Darya is a very worthy winner – the binding she produced had immediate impact, supported by extremely strong page illustrations. It is particularly exciting to have a student as the winner this year and I know that she has a really great career ahead of her.”

Jane Austen’s Mansfield Park illustrated by Darya Shnykina will be available from The Folio Society (www.foliosociety.com) in October 2017.