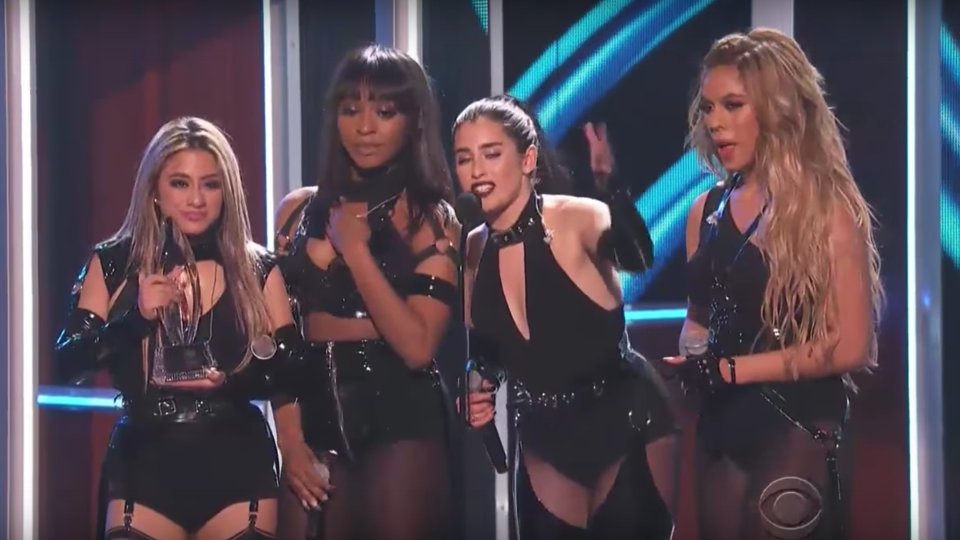 Fifth Harmony made their first televised appearance as a four-piece during last night’s 2017 People’s Choice Awards.

Performing Work From Home, the group – Ally Brooke, Normani Kordei, Dinah Jane and Lauren Jauregui – didn’t let the recent departure of Camila Cabello cramp their style. Lauren picked up Camila’s verse and the girls added in new harmonies and ad-libs to make the song fit for their new line-up.

Following the performance, Fifth Harmony picked up the award for Favourite Group and promised fans there was lots more to come from them this year. It is expected that the group will release their third studio album after recently renegotiating their record deal following Camila’s departure.

Camila meanwhile has been keeping a low profile since exiting the group but she did take time to speak to V Magazine about her forthcoming solo debut.