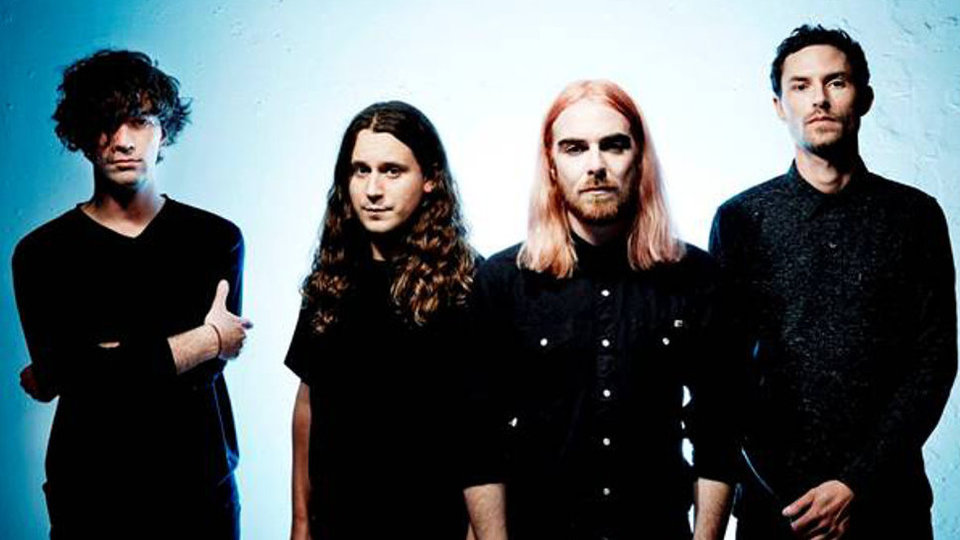 Leeds’ own, Pulled Apart By Horses have revealed that their new album, The Haze will be released on the 17th March through Caroline International. The band recently shared new music for the first time since 2014.

“We had to have ‘The Haze’ as the album opener – it gets down to business pretty quick!” vocalist and guitarist Tom Hudson reveals. “One of my favourite sections on the album is the Kraut-rock-vibe middle eight in this track. We wrote and demoed it in our ‘middle of no-where’ Welsh writing session, the weird atmospheric sounds at the start of it were recorded outside the lodge we were in. There were these giant whirring fans and birds tweeting everywhere. The bell that opens the album was this little brass doorbell that was hanging up in the porch too.”

“With the third album [2014’s Blood], we were making a conscious effort to think about everything and really analyse what makes good songs work,” explains bassists Robert Lee. “This time around we wanted to get back to the spontaneity of the first record, to just hang out and have fun and see what happened, so we wanted to take ourselves away from our usual practise room, find a new space, both literally and metaphorically, and just immerse ourselves in music for fun once again.”

“Basically,” says vocalist/guitarist Tom Hudson, “we wanted to go with our guts and fuck everyone else.”

Advertisement. Scroll to continue reading.
In this article:Pulled Apart By Horses