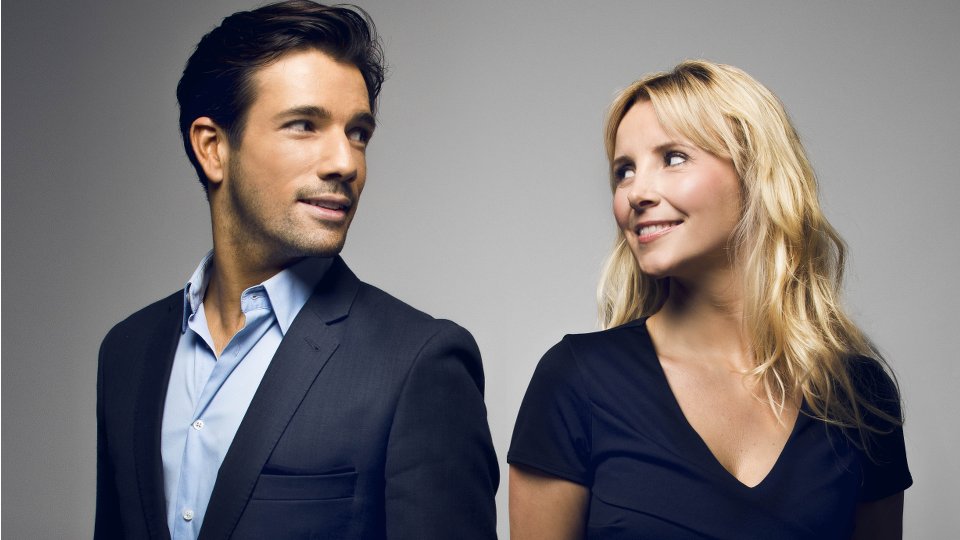 Actor and Strictly Come Dancing 2016 finalist Danny Mac will star opposite his fiancee Carley Stenson in the world premiere of Sleepless the Musical.

Based on the Tristar Pictures Inc. film Sleepless in Seattle, Danny and Carley will play the roles of Sam and Annie respectively. The musical has a book by Michael Burdett, music by Robert Scott and lyrics by Brendan Cull.

Sleepless the Musical will open at Theatre Royal Plymouth from 1st to 15th April, followed by a week at The Lowry, Salford from 25th to 29th April, and finishing at Bord Gais Energy Theatre, Dublin from 2nd to 13th May, prior to a West End run.

Sleepless is the enchanting new romantic musical comedy based on the original story and screenplay of the movie classic Sleepless In Seattle. Like the much loved movie, Sleepless tells the heart-warming tale of Sam, who moves to Seattle with his eight year-old son, Jonah, following the tragic death of his wife. When Jonah phones a radio show, Sam is forced to talk about his broken heart and sleepless nights live on air, and he suddenly finds himself one of the most sought after single men in America and a great news story for feisty journalist Annie on the opposite side of the country. A fresh and lively book alongside a brand-new musical score bring this most timeless of romantic comedies to life on stage.

Danny and Carley are best-known for their roles in Hollyoaks as Dodger Savage and Steph Cunningham. Both have starred in Legally Blonde on stage and have performed on the West End with Danny appearing in Wicked and Carley starring as Princess Fiona in Shrek The Musical and Lady of the Lake in Spamalot.

The case also features Jennie Dale as Becky and Cory English as Rob. Further casting to be announced.

For further details, please visit www.sleeplessthemusical.com. Take a look at the poster for the show below: