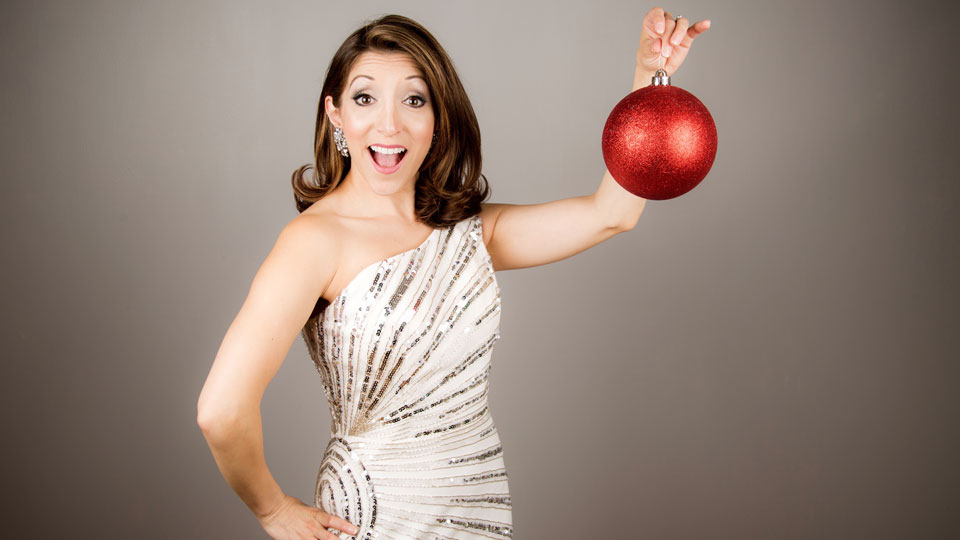 Dubbed the ‘girl of a thousand voices’, Christina Bianco rose to fame as her diva impressions went viral. After racking up 23 million views on YouTube and performing on stages and TV screens across the world, the diminutive diva now brings her one-woman Christmas show to London – and it’s a festive treat.

Bianco has one of the most versatile voices to ever hit the stage – who else could mimic the vocal stylings of Edith Piaf, Shirley Bassey and Britney Spears all in the same set? The Broadway star deftly sweeps from one impression to the next, taking on divas old and new, often in the same song. While not every impression connects, there are certainly more hits than misses.

Bianco doesn’t make it easy for herself either, and uses audience interaction to randomly decide which song is performed by which diva, often to hilarious results. Credit here also goes to the four-piece band which easily switch into a reggae groove for Gwen Stefani or a big band sound for Liza Minnelli. Musical director and pianist Joe Louis Robinson also gets the chance to show off his vocal chops on a couple of nicely placed duets with the leading lady.

Part of the show’s joy is in being surprised by which diva turns up next, so we won’t give too much more away, but some of the impressions developed specifically for the UK audience get some of the biggest laughs. TOWIE queen Amy Childs’ appearance is a particular highlight.

With soaring vocals, a few good laughs and more impressions than you can shake a (candy) stick at, O Come All Ye Divas is a feel-good festive delight.

In this article:Christina Bianco, O Come All Ye Divas