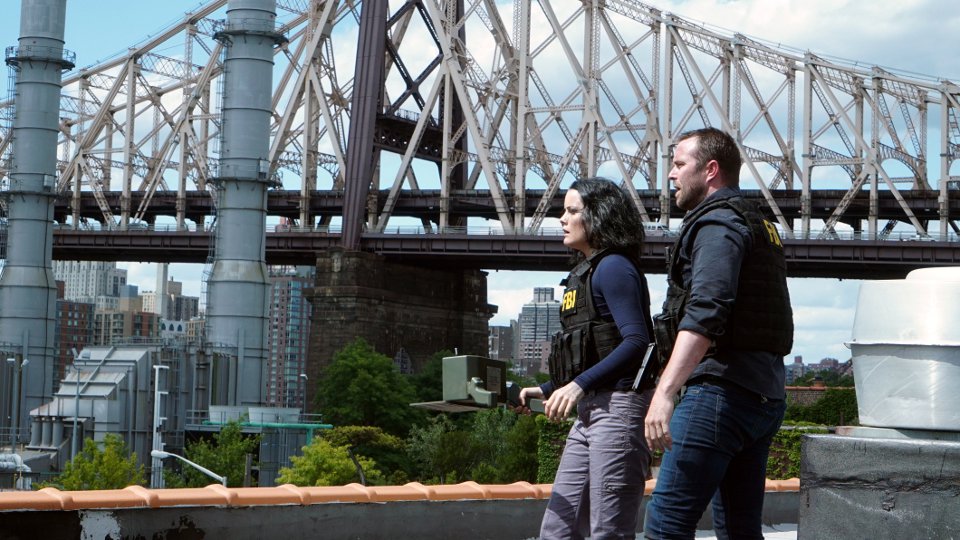 Blindspot returned to UK TV screens tonight and got the second series off to a cracking start and finally gave us some answers.

The episode began three months after the end of season one where Jane (Jaimie Alexander) was arrested by Weller (Sullivan Stapleton). It was revealed that the CIA took Jane into their custody and had been holding her at a Blacksite. There they had been putting her through daily torture to try and get her to crack and give up information.

Jane remembered her training from before her memory wipe and managed to ignore the pain, stay strong and bide her time. During one interrogation where she was held under water she tried to drown herself. While her captors lost concentration while they tried to revive her she took two of them out but the third knocked her out with a baton and she was taken back to her cell.

During the commotion she had managed to keep a needle and plotted her escape. At the next interrogation she was able to pick the locks on her handcuffs and this time overpowered her captors and escaped. Once outside she took a car and went into hiding working as a maid at a motel.

After a successful operation to apprehend a counterfeiter, Assistant Director Weller and his team were visited by NSA agent Nas Kamal (Archie Panjabi) who is head of a secret department known as Zero Division. She explains how they had been tracking Jane and the members of the the terrorist group they call Sandstorm.

Nas tasked Weller and his team with recapturing Jane to use as a triple agent. They were successful in capturing her after a fight between Jane and Weller. After bringing her in they used a super advanced lie detector machine while questioning her to be sure she was telling the truth.

Jane explained what had happened since emerging from the bag in Times Square. She told them everything about how Tom Carter had kidnapped and tortured her as well as Oscar and his missions. She had been trying to keep the team safe but without realising she was being used to get to Mayfair. Jane explained how Mayfair had died which upset the team. Angry the team decided to put their feelings against Jane aside in order to avenge Mayfair.

While putting Jane back into contact with Sandstorm they concocted a story that she had been held by Kane. Worried she wouldn’t be believed Jane asked Weller to shoot her but Tash (Audrey Esparza) beat him to it. Wounded she drove off to the meeting point where she was met by a guy named Roman (Luke Mitchell).

While trying to take Jane to Sandstorm’s leader they were stopped by a police blockade. Roman decided it was safer to kill all the cops than try and talk their way past them. He then took Jane to a hospital where he patched her up.

Finally Jane was taken to meet Shepherd (Michelle Hurd) and it was revealed that she was Jane’s adoptive mother. She explained how Jane was born in South Africa but her parents were killed. Jane’s real name is actually Alice Kruger but she was given the new name of Remi. It was also revealed that Roman was her brother Ian Kruger.

Jane wanted more answers but Shepherd, unaware that Jane is working against her, decided it was best that she goes back to the FBI. She told her to tell the FBI that Kane had held her captor.

Meanwhile Patterson (Ashley Johnson) convinced the NSA to let her use their Quantum computer farm. She used the processing power to solve some of the mysteries on Mayfair’s encrypted flash drive. Some of the information contained high resolution pictures and one was revealed to be Jane in military gear seemingly unconscious on a battlefield.

At the end of the episode Shepherd spoke with Roman about another of their agents who is a mole inside the FBI.

The next episode is Heave Fiery Knot and here’s the official synopsis:

The team races to stop a corrupt DEA agent from selling stinger missiles to a drug cartel as Weller fights to keep everyone together under the increasing pressures of Jane’s rift with the others and the uncomfortable addition of Nas as co-leader.