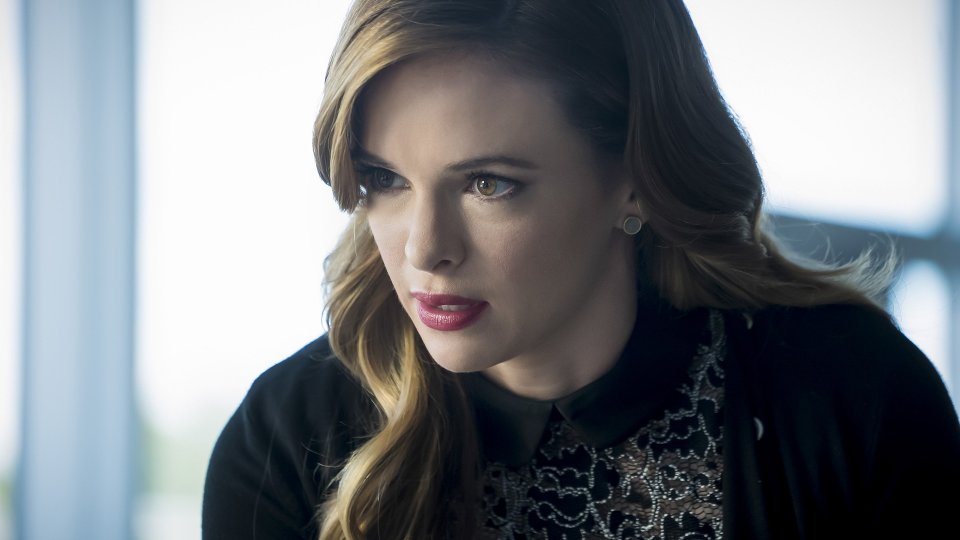 Former associates of Leonard Snart (Wentworth Miller) wreaked havoc on the latest episode of The Flash.

Sam Scudder (Grey Damon) and Rosalind Dillon (Ashley Rickards) aka Mirror Man and Top reunited when Scudder when he broke free from being trapped in a mirror-like dimension. He had acquired the ability to transport himself and others through reflective surfaces.

Rosalind had vertigo-inducing powers so they reteamed and went on a crime spree. Barry (Grant Gustin) and Jesse Quick (Violett Beane) tried to confront them but were defeated with Barry trapped in a mirror. Caitlin (Danielle Panabaker) secretly used her powers to set Barry free so he could recapture Scudder and Rosalind.

Meanwhile the team tried to pick a Wells (Tom Cavanagh) doppelganger to replace him when he returned to Earth-2.

The next episode of the season is Monster. Caitlin visits her mother, a renowned biomedical researcher, in the hope she can provide some answers about her growing meta-human powers.