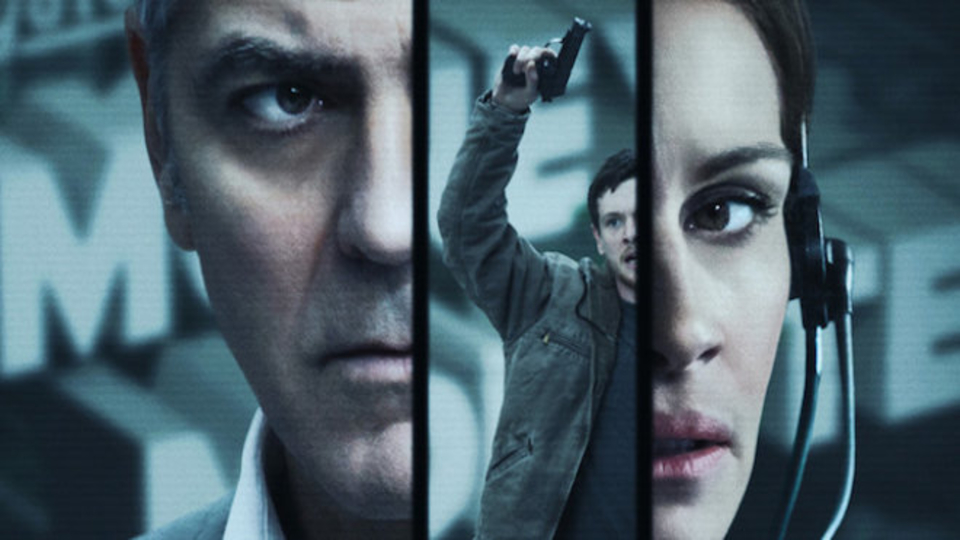 Clooney plays a financial TV host put into an extreme situation when he and his producer (Roberts) are taken hostage by an irate investor. Also starring are Jack O’Connell (Unbroken), Dominic West (The Wire), Caitriona Balfe (Outlander) and Giancarlo Esposito (Breaking Bad).

Directed by two-time Best Actress Oscar® winner Jodie Foster (The Accused, 1988; The Silence of the Lambs, 1991), Money Monster is out on Digital now and arrives on Blu-ray® & DVD on 3rd October from Sony Pictures Home Entertainment.

The Blu-ray, DVD and Digital releases come loaded with bonus material, including deleted scenes, a music video for Dan the Automator’s (feat. Del the Funky Homosapien) “What Makes the World Go ‘Round (Money!)” and three behind-the-scenes featurettes.

“George Clooney, The Money Man” featurette gives an intimate look at Clooney and how he created the bigger-than-life character of Lee Gates. Julia Roberts, Jodie Foster and his other costars also weigh with their opinion on Clooney’s performance.

“Inside The Pressure Cooker” follows Jodie Foster and how she led her cast and crew to achieve this waiting-for-it-all-to-blow experience. From the unique approach of shooting the TV studio sequences in order, to carefully crafting the set to best capture the feeling of a live broadcast, this behind-the-scenes perspective accents the cast, genre and key artists involved in making the film;

“Analysis of a Scene – The Showdown” goes in-depth for a look at how the filmmakers shot the climactic scene in the film.

In the real-time, high-stakes thriller, George Clooney and Julia Roberts star as financial TV host Lee Gates and his producer, Patty, who are put in an extreme situation when an irate investor who has lost everything (Jack O’Connell) forcefully takes over their studio. During a tense standoff broadcast to millions on live TV, Lee and Patty must work furiously against the clock to unravel the mystery behind a conspiracy at the heart of today’s fast-paced, high-tech global markets.

To be in with a chance of winning a copy of Money Monster on Blu-ray, just answer the following movie question below.