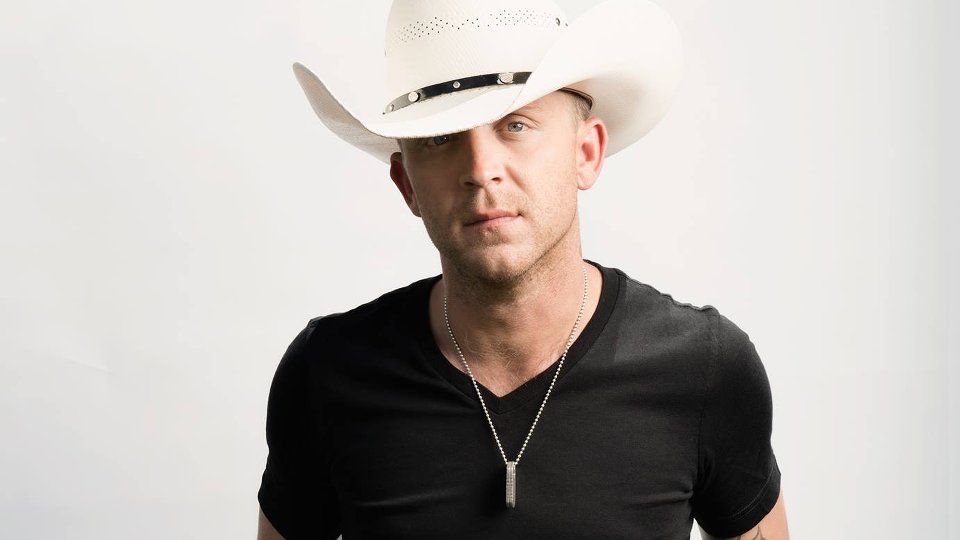 Arkansas native Justin Moore enjoyed a breakthrough with his 2009 self-titled album, which achieved Gold status in the US. It spawned the number 1 single Small Town USA alongside hits Back That Thing Up, Backwoods and How I Got To Be This Way. Since the release of that record Justin has notched up two number one albums – Outlaws Like Me and Off The Beaten Path – and scored another three number one singles – If Heaven Wasn’t So Far Away, Till My Last Day and Lettin’ the Night Roll. The Country star recently released his fourth studio album Kinda Don’t Care, which has already topped the US Country charts and landed in the Top 5 on the Billboard 200.

Lead single You Look Like I Need a Drink has been climbing up the charts in the US and it’s not hard to see why. The song finds Moore singing about being the expectant recipient of bad news from a lover who is too afraid to actually come out with what they want to say. It’s an interesting spin on a break up song and it’s one of his finest singles to date.

Kinda Don’t Care is a mixture of sounds taking the elements that fans would recognise from previous records and pushing them in new and interesting directions. One thing that Moore has always had over his peers is his powerful voice and that gets a serious work out across Kinda Don’t Care. Hell on a Highway, one of the album’s standout moments, features Moore’s best vocal performance to date. You can hear the strength in his vibrato as he pulls off a magnificent sustained note in the final moments of the track.

The album kicks off with Robbin’ Trains, which is probably a calculated move to connect with existing fans and draw them in to the record. Sonically it’s a familiar uptempo number that you’d expect from Moore but its purpose is to ease you into the record. From that point on Kinda Don’t Care aims for variety and it’s clear Moore is interested in changing perceptions about his music. He pushes boundaries, takes risks and solidifies himself as one of the most exciting artists in Country music right now.

The swagger of the riff-laden Put Me in a Box finds Moore blown away by a woman and ‘knocked dead’. It’s an interesting way to declare your attraction to someone and Moore carries it off with his usual charisma. The title track, Kinda Don’t Care, finds the rebel in Moore wanting to break out of the restraints of being good and towing the line. It’s one of a handful of rebel anthems on the record, the most memorable being More Middle Fingers with Brantley Gilbert. That track is sure to become a favourite as the two popular stars firmly put up their middle fingers to everything from the IRS to Wall Street.

Elsewhere on the record new single Somebody Else Will is about taking a chance on asking someone out for a date, Got It Good mixes a little R&B into its instrumentation as Moore celebrates his feeling about life, and Middle Class Money is the closest to traditional Country that Moore gets on the record. The deluxe edition close When I Get Home features one of Moore’s most soulful vocals on the album and is a perfect closer to an interesting and varied collection.

Kinda Don’t Care continues to build on Moore’s success and it certainly marks him out as one of the best in the industry. There are so many artists, particularly male vocalists, trying to make their mark in Country music and Moore has something special about him. His voice is instantly recognisable and it’s more powerful that you may think. While he may take risks and push musical boundaries on Kinda Don’t Care, he’ll always be a Country boy and that shines through regardless of what he’s singing.