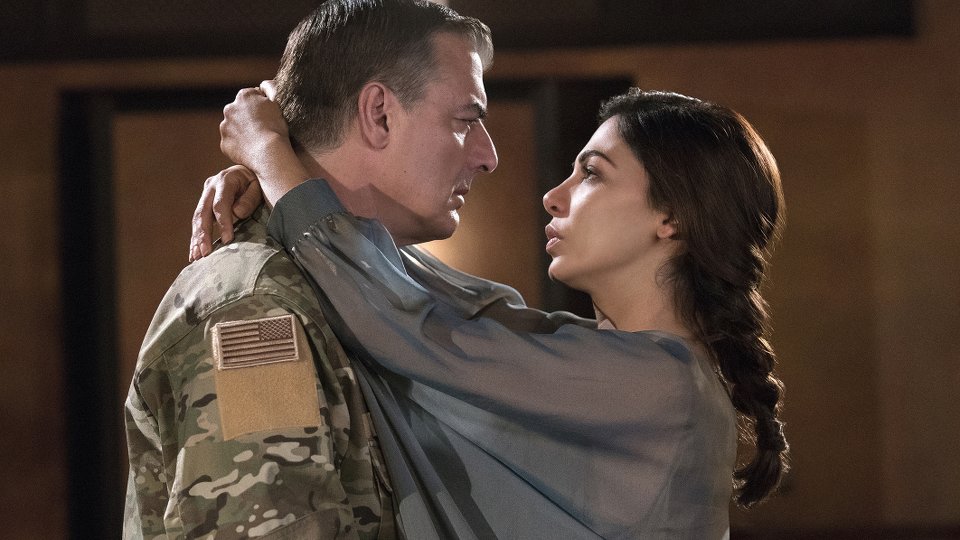 Molly (Jennifer Finnigan) return to Abuddin on the latest episode of Tyrant and she had a very different outlook to the last time we saw her.

Pushing Barry (Adam Rayner) to destroy the Caliphate and honour their daughter’s memory, Molly made it clear that she didn’t care that he had been sleeping with Daliyah (Melia Krelling) in her absence. Barry announced that he was cancelling the Presidential election until the Caliphate angering Daliyah who spoke out against him.

Elsewhere in the episode Mahdiya (Afsaneh Dehrouyeh) travelled to Dresden to bomb an anti-terrorism conference where Leila (Moran Atias) was staying. Mahdiya did kill herself as her suicide bombing mission concluded but she failed to kill Leila who was busy with General Cogswell (Chris Noth).

Leila also announced to the world that she was no longer an Al-Fayeed and would now be going by her maiden name.

The next episode of the season is How to Live. Abuddin descends into chaos. Daliyah persuades Fauzi (Fares Fares) to leave so he can be a voice of dissent, and she takes a public stand against Barry.